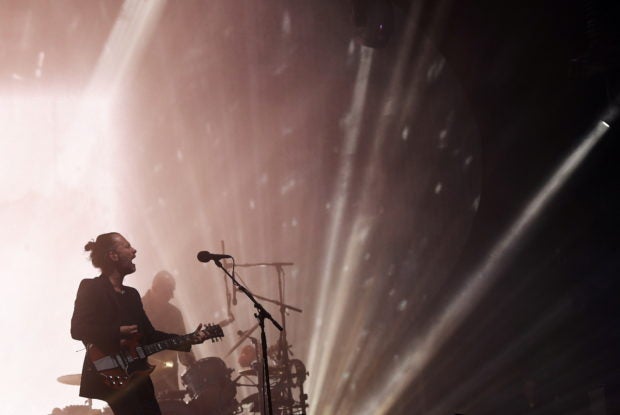 Radiohead performs on the Pyramid Stage at Worthy Farm in Somerset during the Glastonbury Festival in Britain, June 23, 2017. Image: Reuters/Dylan Martinez

LONDON — More than 200 music artists, including Radiohead, The Chemical Brothers and Pink Floyd drummer Nick Mason, backed a campaign on Wednesday calling on the British government to reduce costs and red tape to make post-Brexit touring around Europe easier.

Britain’s departure from the bloc, completed in December, ended the freedom of movement for Britons and EU citizens in each other’s countries. British musicians wanting to play in Europe now face extra paperwork and costs once touring resumes.

“It’s essential that bands, artists, musicians and DJs can travel Europe at every level of their career. Europe is part of the geographic working space,” Primal Scream bass player Simone Marie Butler said in a statement.

The campaign, organized by trade body the Featured Artists’ Coalition, is calling for a “transitional support package” to help cover new touring costs, measures overcoming rules on touring vehicles and a “viable long-term plan” for U.K. artists and their crews to work in the EU “without costly permits and bureaucracy”.

It is also asking for reciprocal freedoms for European artists when they come to perform in Britain.

“EU touring and the need to get the right processes in place for simple and economical access to Europe is crucial at this time more than ever,” rock band Skunk Anansie said.

“It is the lifeblood of bands and artists, not just financially, but in order to expand their fanbase and deliver their art to a wider audience.”

The campaign follows other calls for action from British musicians.

In January, Sting, Ed Sheeran and Elton John were among the more than 100 signatories of a letter published in The Times newspaper, urging the government to negotiate a reciprocal deal allowing paperwork-free travel for touring artists.

Britain and Brussels have blamed each other for the issue, with each side saying their proposals during talks had been rejected by the other. JB