Nas Daily speaks up on Whang-Od issue: ‘Our intentions are pure’ 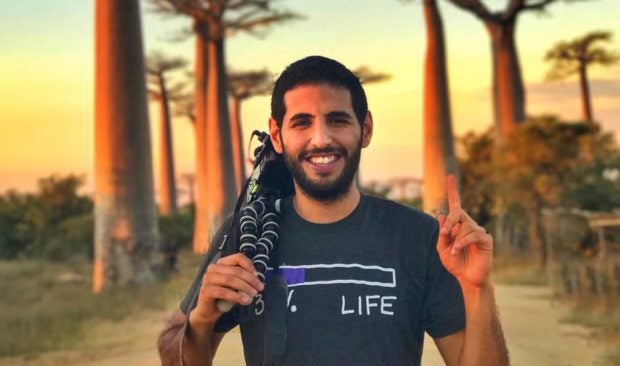 This comes after his online learning platform Nas Academy was accused by Whang-Od’s grandniece Gracia Palicas of setting up a “scam” workshop with the iconic tattoo artist. Palicas said her grandmother was not aware of any contract with the academy. However, the Arab Israeli vlogger claimed that Nas Academy’s arrangement with Whang-Od was approved by the tattoo master herself.

Over the past week, Nas Daily has been under fire for supposedly being “exploitative” and using “Pinoy baiting” to gain engagement from Filipinos online, accusations that Yassin labeled as “false” in his vlog today, Aug. 9.

“There is no click-baiting her. There is no ‘put Philippines in the title.’ This is us on the ground doing the work to show you the bright side of the Philippines,” Yassin said, citing his vlog’s fundraisers for disaster victims and visits to war zones in Marawi City to film “inspiring stories.”

Yassin also insisted that Nas Daily gets the consent of its subjects and their families when he wants them to be involved in his projects.

“In everything we do, we get permission. We work with the family directly and got their consent,” he stressed. “We made sure to support them during these difficult times. We did all of this as an act of support, not an act of exploitation.”

He then explained that Nas Academy will be pausing operations as it is working with the National Commission on Indigenous Peoples “to make sure everything is legal” and “okay.”

“Don’t get me wrong. We’re not perfect, we make mistakes, but our intentions are pure,” he told the public.

Whang-Od is an iconic traditional tattoo artist or mambabatok from the Butbut tribe of Buscalan, Kalinga. She was conferred the Dangal ng Haraya Award in 2018 by the National Commission for Culture and the Arts for her contributions to Filipino culture and the indigenous practice of tattooing.

Yassin called to mind Nas Daily’s experience in working with Cacao Project founder Louise de Guzman Mabulo, explaining that his vlogging team could not do the Cacao Project episode “in good conscience.”

“On paper, it was supposed to be a non-profit that helps farmers. In reality, it’s a ‘for profit’ that exploits farmers,” he said. “We refused to make that episode even if it would go viral.”

Nas Daily lost over half a million followers days after the issue surrounding Whang-Od and Nas Academy surfaced. Despite the controversy, Yassin said Nas Daily will continue to support the Philippines.

Meanwhile, the online learning platform stressed that it has “full respect” for Filipino people and culture. For now, however, it will be pausing its operations in the Philippines, stating that its intentions have been “misunderstood.” IB