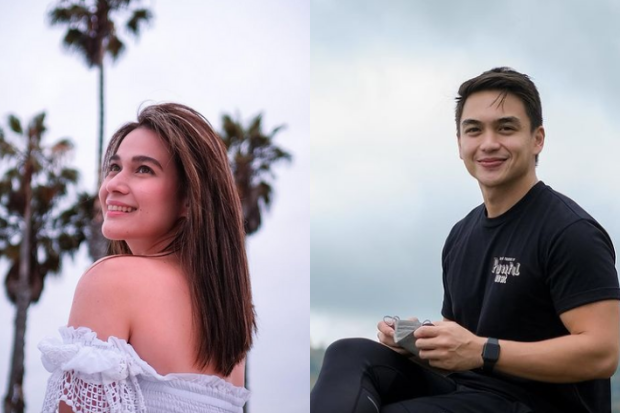 Bea Alonzo appears to become more affectionate to her rumored boyfriend, actor Dominic Roque, after she was spotted hugging him during a recent camping trip abroad.

“Yosemite crew. #TsongWorldwide,” Roque said while showing a photo of himself and the actress getting cozy at Yosemite National Park in California. They were joined by three other companions, as seen on his Instagram page last Friday, July 23.

The group was gathered outside a camper vehicle at the national park’s AutoCamp site. But while the photo featured other people, fans were quick to notice that Alonzo was hugging Roque from the back, while he held her hands in front of him.

Meanwhile, Alonzo showed a bird’s eye view photo of herself and Roque sitting close to each other at the camping site on her Instagram page yesterday, July 24.

The actress did not provide further details about the trip, but she captioned her post with a heart emoji.

Alonzo and Roque were also seen cheek-to-cheek in what appeared to be a bar, on the actress’ Instagram Stories on the same day. They were accompanied by Roque’s aunt, actress Beth Tamayo, and her husband Adam Hutchinson. 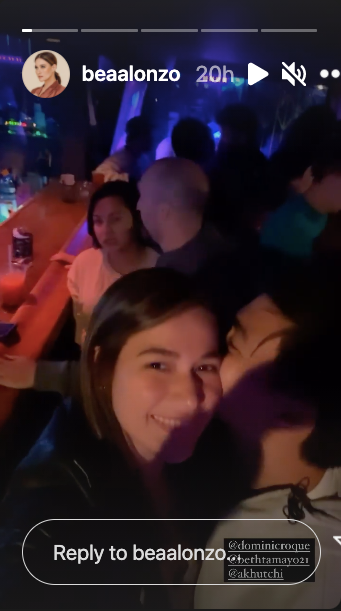 Alonzo has been in California for around two weeks now, following her transfer to GMA Network earlier this month. She said she will be taking a vacation to recharge herself, but will head straight to work upon her return.

Fans started asking about the real score between Alonzo and Roque when the actor professed admiration for Alonzo last year. The actress has since confirmed that she is indeed dating Roque, but clarified that they were not in an exclusive relationship at the time.

Alonzo’s most recent relationship was with actor Gerald Anderson. It ended in controversy in 2019 after the supposed involvement of a third party, speculated to be Julia Barretto. Anderson confirmed his relationship with Barretto last March. JB