Is Dominic Roque hinting about budding romance with Bea Alonzo? 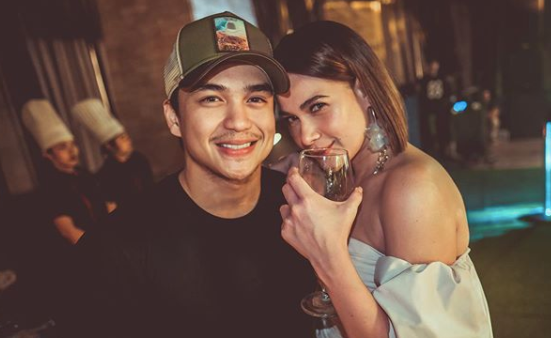 After Dominic Roque professed his admiration for Bea Alonzo, some fans started asking what the score exactly is between the two actors.

“[Tila] ako’y nabighani…,” Roque said via Instagram yesterday, July 21. The actor reminisced on his trip to Japan with Alonzo through a throwback picture.

Alonzo and Roque sat side by side in what appears to be a local restaurant in Tokyo. Despite not showing their faces, the actor tagged Alonzo in his post.

Some netizens quickly began expressing their support for the two actors on Twitter.

“Never would have thought Bea Alonzo and Dominic Roque would be a couple, but this looked kinda cute,” one @faulks02 said today, showing a screengrab of Roque’s post. “They have that ready-to-settle-down vibe going on. My heart.”

Never would have thought Bea Alonzo and Dominic Roque would be a couple, but this looked kinda cute. They have that ready-to-settle-down vibe going on. My heart. 💙 pic.twitter.com/fLRNBlulux

The actress has been linked to the 30-year-old actor since late 2019 after Roque was invited to Alonzo’s 32nd birthday bash last October.

The two were then spotted enjoying a drink together with another friend in Japan, as per Roque’s Instagram post on Nov. 4.

Last year, Alonzo addressed who Roque is in her life during her interview on “Tonight with Boy Abunda” with Angelica Panganiban.

The actresses were answering questions about the men who are (or were) linked to them, which prompted Abunda to ask about Roque, as seen on ABS-CBN Entertainment’s YouTube channel on Nov. 26

“He’s a good friend of mine,” Alonzo said, referring to Roque.

Alonzo’s most recent relationship was with actor Gerald Anderson, which ended in controversy after allegations of an involvement of a third party, who was speculated to be actress Julia Barretto. JB