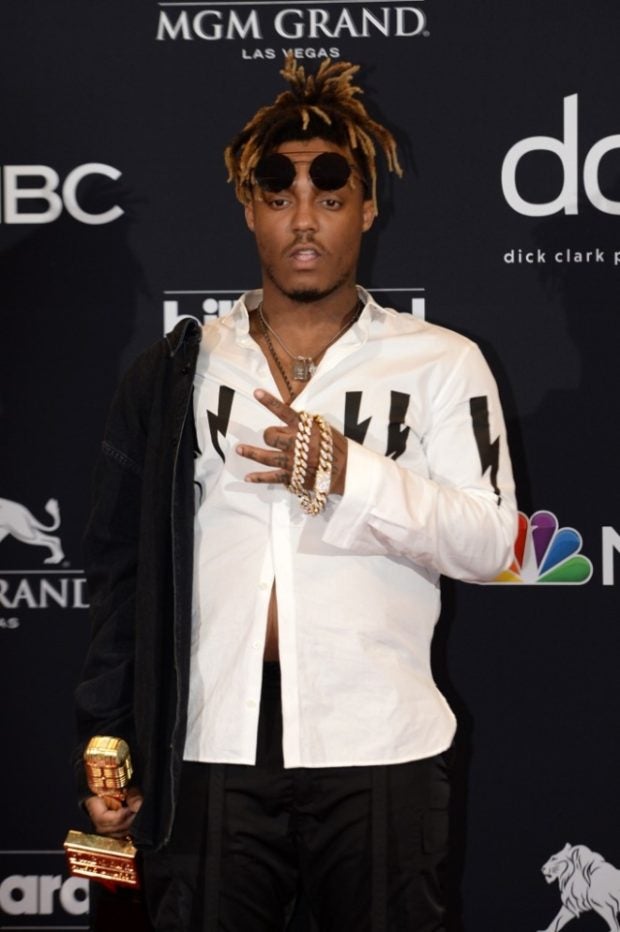 U.S. rapper Juice Wrld poses in the press room with his award for Top New Artist during the 2019 Billboard Music Awards at the MGM Grand Garden Arena on May 1, 2019, in Las Vegas, Nevada. Image: Bridget Bennett/AFP

Juice WRLD, the late Chicago rapper and singer who passed away at the age of 21, is making history with his third and final studio album, “Legends Never Die”, which was released posthumously on July 10.

As a testament to the enduring popularity of SoundCloud rap’s best hope, “Legends Never Die” opened at No. 1 on the Billboard 200 with the equivalent of 497,000 album sales in the United States, according to Nielsen Music.

The critically-acclaimed album also landed the biggest audio streaming week of the year so far, garnering 422.63 million on-demand streams in the U.S. in the week ending July 16.

According to WRLD’s label, Interscope, “Legends Never Die” is also the most successful posthumous debut since 2Pac’s “R U Still Down? (Remember Me)” in 1997. At the time, the album reportedly started with 549,000 sales in the United States.

Additionally, five songs from “Legends Never Die” have debuted in the Top 10 of the Hot 100 chart this week, including WRLD’s collaboration with Marshmello, “Come & Go” (No. 2), as well as the Halsey-assisted “Life’s a Mess” (No. 9).

These achievements situate WRLD among the ranks of Drake and the Beatles, all of whom have clocked five of the Top 10 slots on the Billboard Hot 100 in a single week.

“The overwhelming love that millions of music fans clearly have for Jarad reminds us how much his poetic words, creativity, and bright light continues to shine throughout the world,” Juice WRLD’s mother, Carmela Wallace, and record label Grade A said in a statement.

Born Jarad Anthony Higgins, Juice WRLD died of an accidental overdose of oxycodone and codeine during a police raid at Midway Airport in Chicago in December 2019. NVG