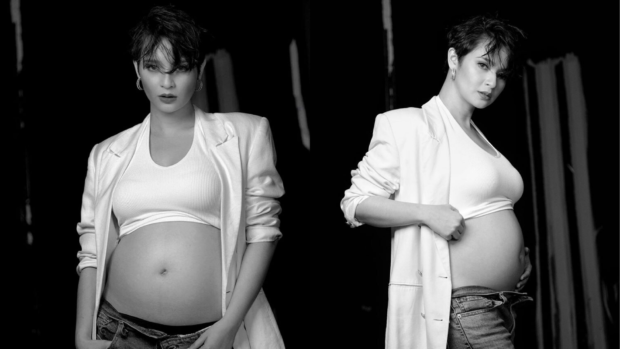 After stunning fans with a stylish maternity shoot, actress Ryza Cenon has now shared with the public a peek at her first child via ultrasound.

Cenon shared through Instagram last Monday, July 20, two sonograms of her child, whom she has been proudly carrying for 22 weeks and nine days, as of writing.

Cenon earlier this month took to social media to show off her baby bump just hours after revealing to the public that she is with child.

The 32-year-old actress will be having her first baby with her boyfriend, cinematographer Miguel Antonio Cruz. She recently appeared on television shows “Ang Probinsyano” and “The General’s Daughter”.

Before becoming a Kapamilya artist in 2018, Cenon spent over 10 years with GMA, starting way back in 2005 when she won in the network’s reality TV contest “Starstruck”. NVG