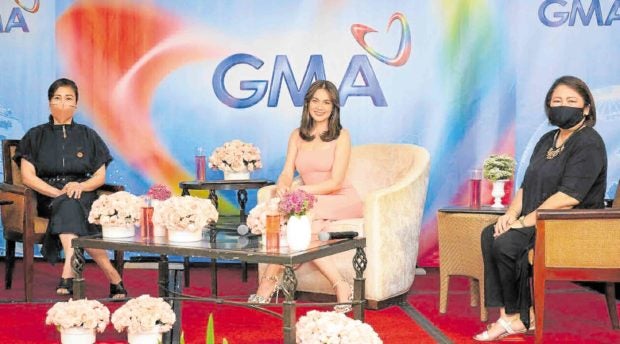 One of the first people Bea Alonzo talked to after finalizing her transfer to GMA 7 was John Lloyd Cruz.

“I was very happy. Supportive si John Lloyd, ah! He wished me luck and congratulated me,” she said of her friend and perennial screen partner, who’s rumored to also follow suit.

In fact, around the same time of Bea’s contract signing at the Edsa Shangri-La hotel on July 1, GMA 7 executives had a meeting with John Lloyd via Zoom—presumably to discuss the blocktime sitcom Willie Revillame is set to produce for the actor on the Kapuso network.

“I was told that Miss Annette (Gozon-Valdes, GMA Films president) had a call with John Lloyd, so they had me over so I could say ‘hi.’ Direk Bobot (Mortiz) was there, too. We joked around. ‘Ano, dito ka na rin daw? And he was just laughing,” she said.

“I asked him if he plans to have me on his sitcom. He better, kasi magtatampo ako kung hindi. And he joked that if I were to make a guest appearance, there should be no one else in the cast.”

Was John Lloyd a deciding factor in Bea’s decision? “Official na ba? Baka sinusundan niya ako,” she jested. Seriously, though, Bea insisted that she isn’t privy to the details of whatever negotiations John Lloyd may have with GMA 7.

“Honestly, I didn’t talk to him when I was in the process of dealing with my new bosses, because I honored the confidentiality of the deal. It was between me and GMA 7,” the 33-year-old star said. “We also didn’t talk about his deal. I don’t know what’s up for him.”

Should that happen in the future, Bea, of course, will be more than willing to reunite with John Lloyd, with whom she worked with in various iconic movies and television series, like “One More Chance” and “Maging Sino Ka Man,” back when they were with ABS-CBN.

“Basta kasama si John Lloyd, lagi akong game. I miss working with him. He’s such a brilliant actor, and I love sharing the screen with him. I like the idea of working together in an entirely different environment with new people. I’m curious to see what the output would be like,” she said.

While she’s open to trying different concepts with John Lloyd, Bea believes that, at the end of the day, she will always choose to go back to her core—drama. “Ang ganda lang because doing a series is still a possibility… Siguro, ayaw ng tadhana paghiwalayin kami,” she surmised. 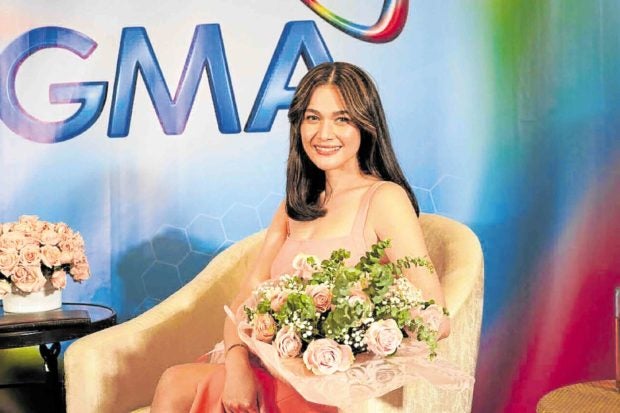 However the chips may fall, one thing will remain certain: their friendship and genuine concern for each other. “I’m happy I got to talk to him. But even without talking to him, I know that he cares about me. And I care about him deeply,” she said. “And I know that we will be happy for each other’s new life chapters, even if we’re not together.”

The nonrenewal of ABS-CBN’s broadcasting franchise last year forced not a few Kapamilya talents to seek projects elsewhere. But of all the stars who have transferred to GMA 7, Bea was undoubtedly the biggest and most surprising.

Bea herself didn’t foresee this turn of events. “It’s something that wouldn’t have occurred to me years ago. Now, I’m entering a new chapter, and I feel very empowered,” said the actress, who’s now under veteran manager Shirley Kuan after 18 years with Star Magic. “And to be honest, it came to me at the right time. It feels right.”

The actress will fly to the United States in a few days for a vacation and to recharge herself. But once she returns later this year, she will head straight to work.

First in line for her is an undisclosed primetime series, which she could only describe as a “dream project.” She’s also expected to make the rounds of various Kapuso shows.

Life can be full of surprises. And as “scary” change can sometimes be, Bea realized that it can also be “beautiful.”

Excerpts from Bea’s virtual chat with the entertainment press:

What was going through your head when you signed the contract?

To be honest, I was very excited … as if I was starting all over again… It’s surreal. I’m touched by the nice welcome event they have prepared for me. I’m also nervous. But the more I do interviews, the more I get excited.

It took a lot of months. Everyone knows that this past year has been challenging for all of us. And it gave me time to reflect and think about things in life, about how I want to move on.

I’m ready to chase more dreams—and not just in acting. I feel this time, I want to discover more about myself, say exploring the idea of having a talk show.

I’m ready to be more open to different things. What I have realized during the pandemic is to take on new possibilities and challenges. 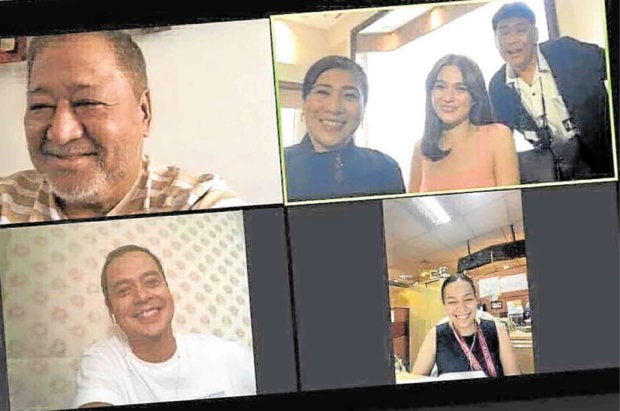 When the offer came, I looked at it as a big blessing… Things came naturally and flowed. And here I am. I’m now officially a Kapuso.

Have you thought about the kind of talk show you want to do?

I have no specific format in mind. It’s a facet of myself I discovered in the pandemic. Back then, I used to get so nervous when in front of the camera to do spiels. But memorizing 11 pages of script is no issue for me. I realized that it’s different in movies and television, because you’re supposed to act like there’s no camera. But in hosting, you talk to the camera.

How did you say goodbye to ABS-CBN?

When the deal was 99 percent final, I met my new GMA 7 bosses through Zoom. The next day, I called my boss in ABS- CBN, (president and CEO) Carlo Katigbak, and asked for his blessing. Of course, it was a very emotional call. You can’t take away the fact that I spent 20 years of my life there with them.

But he wished me well, wished me luck. And that’s how it is, right? Life goes on, and I’m happy I have his blessing before coming here to GMA 7. All is well.

How will this career move benefit your growth as an actress?

Marami pa akong hindi naipapakita, that’s why I’m excited. I feel like this opportunity came to me so I could broaden my world. I will always go back to my core, which is drama, so you will be seeing me on primetime.

Will you now be allowed to work with different film companies?

I’m actually doing one with GMA Films, Viva Films and APT Entertainment—the one with Alden Richards (“A Moment to Remember”). But yes, I will be open to doing movies with different productions.

Which Kapuso stars are you looking forward to working with?

I want to work with Alden on television because he’s fun to be with. I’ve worked with Dingdong Dantes (the film “She’s the One”). I also want to work with Marian (Rivera). I think it’s an interesting combination

Were you friends with any Kapuso stars when you were still a Kapamilya?

I became friends with Alden because of the work we have done. He’s also friends with Kakai Bautista, who’s a longtime friend. We both started out in the biz at the same time, and we were together in our very first soap (“Kay Tagal Kang Hinintay”).

Alden texted me prior to my signing, nakiki-chismis. It was touching because he told me that they were happy to have me. That meant the world to me because he’s one of GMA 7’s prime stars.

I was also touched by Marian and Dingdong’s welcome messages, because I look up to them. I worked with Dingdong and saw how professional he is. And Marian is just so beautiful. I was happy to see Barbie because she was so excited.

What kind of reception from the fans are you hoping for?

I’m hoping that they embrace my decision and that they’re happy as I am happy with what I have decided to do with my career. And I hope they continue to support me.

We had an intimate fans’ day. I wanted them to hear it from me before it even came out, because that’s how important they are to me. No words are enough to describe how grateful I am that they stayed with me in this 20-year journey. Now that I’m embarking on a new adventure, I hope they continue to grow with me… We were emotional.

What’s the update on your movie with Alden?

We started preparations last month and had workshops together. We will start in September.

Are there any misconceptions or criticisms you want to address?

My brain focuses only on the positive ones because I know the truth in my heart; that I didn’t step on anyone’s toes. I was given this blessing and I feel the love here. I choose not to focus on the negative.

Are you ready to do locked-in tapings?

I’m ready. What I have noticed is that directors and actors in locked-in tapings have a different level of closeness. I have yet to experience that since the pandemic happened, so I’m excited about that.

What are you most grateful for at the moment?

Imagine, at this point in my life, I’m beginning to rediscover myself again. It’s a blessing for someone like me, who loves what I do. I will be introduced to a completely different audience, and I hope they like my upcoming projects. That’s a new challenge for me, because my purpose, deep in my heart, is to touch lives and play characters that will resonate with Filipinos. INQ