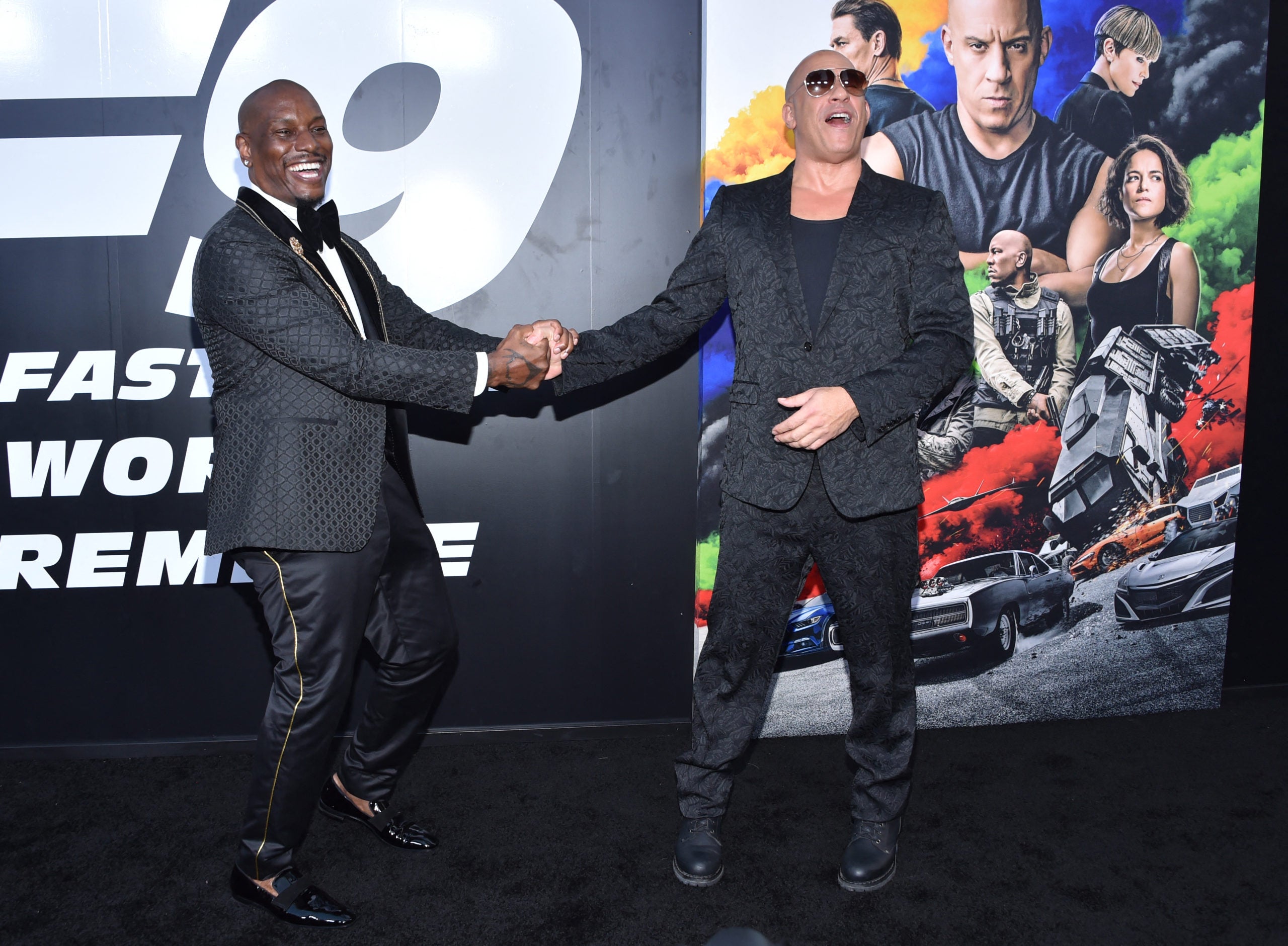 US actor/producer Vin Diesel (R) and US actor Tyrese Gibson arrive for the world premiere of “F9: The Fast Saga” at the TCL Chinese theatre in Hollywood on June 18, 2021. (AFP)

That total, covering just the first three days of the four-day July 4 holiday weekend, was down sharply from the zoom-bang-bam action film’s opening total of $70 million.

That studio’s animated sequel “The Boss Baby: Family Business” placed second, at $17.3 million. The latest yarn about a can-do “boss baby” who energizes — or infuriates — all around him features the voices of Alec Baldwin, Eva Longoria, Jeff Goldblum, Lisa Kudrow and Jimmy Kimmel.

In third was horror film “The Forever Purge,” headed for a $12.8 million take. This fifth, and purportedly last, in the “Purge” series is again set in a dystopian near-future where all crime, including murder, is made legal one day a year. Ana de la Reguera and Tenoch Huerta star.

Fourth spot went to Paramount’s “A Quiet Place: Part II,” at $4.2 million. This was the first weekend since the John Krasinski-directed horror film’s release six weeks ago that it placed out of the top two.

And in fifth was a Lionsgate sequel, “The Hitman’s Wife’s Bodyguard,” at $3 million. The action comedy has Ryan Reynolds, Samuel L. Jackson and Salma Hayek reprising their roles from 2017’s “The Hitman’s Bodyguard.”

As Hollywood claws its way back from the devastating Covid-19 pandemic, studios have yet to release the usual full menu of summer blockbusters. The $70.7 million combined gross of this weekend’s top 12 films was less than half the normal from past July 4 weekends.