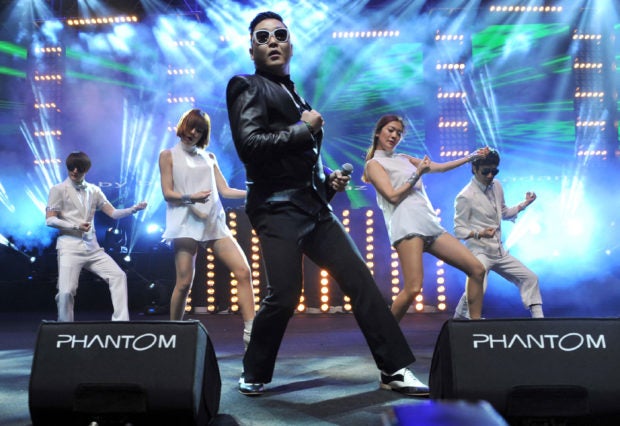 South Korean mega-hit “Gangnam Style” may be taken off gym playlists in the greater Seoul region, but K-pop giants BTS can stay, under new rules aimed at stemming a rising tide of coronavirus infections.

The regulations, aimed at stopping gym-goers breathing too hard or splashing sweat on others, ban gyms from playing music with a faster tempo than 120 beats per minute during group exercises like zumba and spinning. They come as tighter social distancing rules, such as smaller gatherings and shorter store hours, begin to bite this week.

The musical diktat has prompted ridicule and fury, and a list of “safe” K-pop songs is circulating online, which includes the latest hits from BTS including “Dynamite” (114 beats per minute) and “Butter” (110 beats per minute). But Psy’s “Gangnam Style” at 132 beats per minute will have to stay off the workout playlist for now.

South Korean infection rates remain low by global standards at little more than 1,000 a day, but are at their highest of the pandemic, with new records set on three consecutive days recently.

That has alarmed authorities in a country where the vaccine rollout has been slow and convoluted, hampered by a failure to obtain supplies. And while the restriction allows businesses to remain open, gym owners and users alike poured scorn on the measure.

“Now I have to worry about the bpm of the song I’m playing,” wrote one in an online club of gym owners.

“I guess the virus spreads faster depending on the tempo of the music,” another added.

“I’m grateful that I can still work out at a gym,” he said, adding, “Wouldn’t most people listen to their own music on their airpods anyways?”

“Are we going to get speeding tickets?” asked one commenter.

Another added: “Maybe they’ll start placing limits on how fast we walk or run outside.”

South Korea had previously been held up as a model of how to combat the pandemic, with the public largely following social distancing and other rules, but adherence has waned over time.

The country reported 1,100 new infections on Tuesday, most of them in the capital and its surrounding areas, which are home to around half the South Korean population. The resurgence prompted President Moon Jae-in to apologize to the public on Monday for the tightened rules. JB