Don Cheadle on Emmy nod for 'Falcon and the Winter Soldier' cameo: 'I don't get it either' | Inquirer Entertainment
Close
menu
search

Don Cheadle on Emmy nod for ‘Falcon and the Winter Soldier’ cameo: ‘I don’t get it either’ 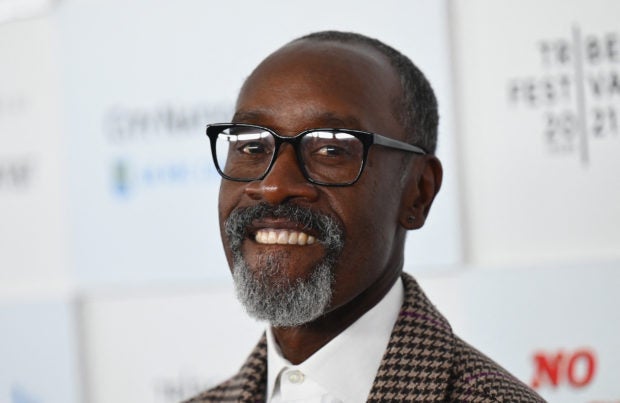 Don Cheadle attends the premiere of “No Sudden Move” during the 2021 Tribeca Festival at Battery Park on June 18, 2021, in New York City. Image: AFP/Angela Weiss

Don Cheadle is admittedly among those who were baffled over his Emmy nomination for a brief cameo on “The Falcon and the Winter Soldier.”

Cheadle is now up for Outstanding Guest Actor in a Drama Series for his appearance on the said Marvel Cinematic Universe (MCU) show, which lasted for over two minutes.

“[Thanks], well wishers. [Sorry], hates,” Cheadle tweeted earlier today, July 14. [I] don’t really get it either. buuuuuuuuuut on we go.”

thanks, well wishers. sorry, haters. agreed, 🤷🏿‍♂️ers. i don't really get it either. buuuuuuuuuut on we go …

This is Cheadle’s 11th Emmy nomination and is his potential first Emmy win if he beats fellow nominees Courtney B. Vance (“Lovecraft Country”), Charles Dance (“The Crown”), Timothy Olyphant and Carl Weathers (“The Mandalorian”).

Cheadle appeared in the first episode of the Disney Plus show playing his MCU role of James Rhodes a.k.a. War Machine.

He starred in the show in only two scenes, where, in the first, he is seen listening to Anthony Mackie’s Sam Wilson aka the Falcon giving a speech about Captain America’s shield through the television, and, in the other scene, he talks briefly to Wilson himself.

Mackie is joined by Sebastian Stan’s Bucky Barnes a.k.a. the Winter Soldier in the series that premiered on the said streaming platform in March.

Like his fellow MCU stars, Cheadle is set to get his own Disney Plus series, which has been titled “Armor Wars.” No release date has been announced as of this writing.  /ra