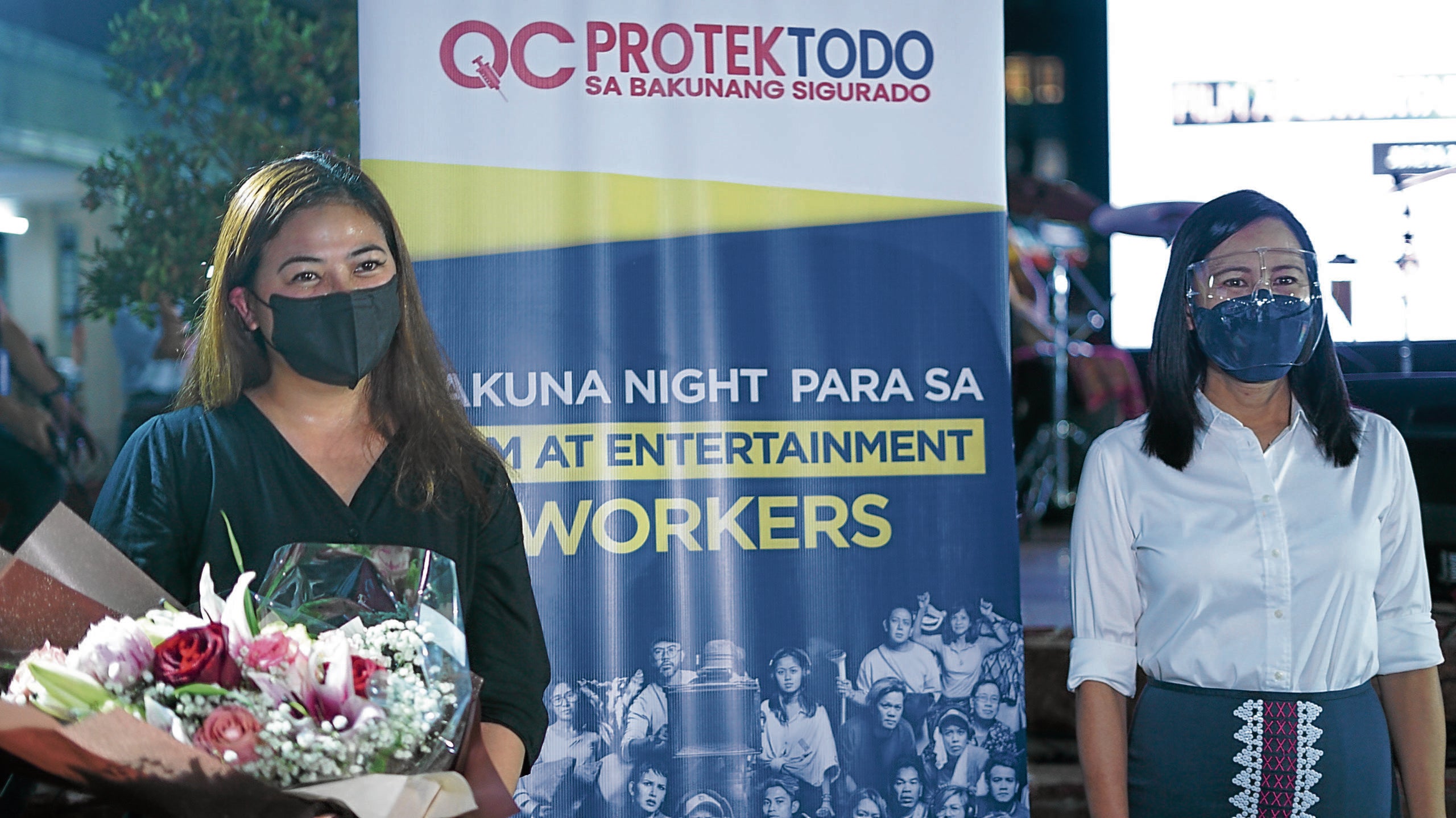 Some 477 film and audiovisual (AV) workers received their free COVID-19 vaccines at the Quezon City hall vaccination site during the recent launch of the “Bakuna Nights para sa Film at Entertainment Workers” organized by the Film Development Council of the Philippines (FDCP).

According to FDCP chair Liza Diño, the agency has been thinking of ways to help film and AV workers since January. It began by sending petition letters to various government agencies in order to elevate the category of industry workers to A4 (those who have to work outside their homes or are government workers).

“We explained in our position paper that our industry is a unique one. Its people are the only ones who are forced to remove their masks while at work, especially those in front of the camera,” she pointed out. “We also learned that most of our industry workers don’t have IDs, so we fixed our system in such a way that all those who have already registered with the FDCP’s national registry will be able to simply download a certificate.”

Diño added that the FDCP’s National Registry for Audiovisual Workers currently has over 5,000 registrants, and almost 1,500 of them are based in Quezon City either as workers or as residents. “We then wrote to QC mayor Joy [Belmonte] if it was possible to collaborate in creating a program for industry workers and she agreed by promising 1,500 vaccines,” she told Inquirer Entertainment.

For inquiries and other concerns, visit https://nationalregistry.fdcp.ph.