Toni Gonzaga almost refused her role in 'Four Sisters and a Wedding,' and here's why | Inquirer Entertainment
Close
menu
search 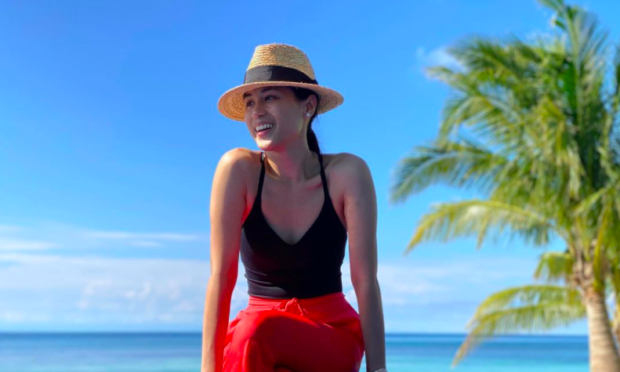 Toni Gonzaga said that when she was offered her role as Teddie in “Four Sisters and a Wedding” she tried to say no to the project — not once, but twice.

Gonzaga doubted if she could pull off the role, she told King of Talk Boy Abunda in the second part of her “I Feel U” interview on YouTube yesterday, April 4. She added that she also felt intimidated by her co-stars Angel Locsin, Bea Alonzo and Shaina Magdayao.

(I was scared then because we all know Angel [as a] drama queen. Bea, movie queen, drama queen. They’re all queens in their own right and they’re all best actresses already during that time. I was doing romantic comedies then and I thought, “What more can I give to this movie?”)

Gonzaga said she approached Malou Santos, Star Cinema’s chief operating officer, to talk about her concerns and hoped she would be taken off the film.

(I approached tita Malou twice. I was really begging off. I told her, “Tita Malou, I don’t think I can do this. This is embarrassing. I might not be able to give what is going to be asked from me.)

But Santos insisted that she should play Teddie and managed to convince her into accepting the role.

Looking back at her initial refusal, Gonzaga said she had fun while filming “Four Sisters and a Wedding” and only realized how memorable it was going to be after it had been released.

Aside from Gonzaga’s role in “Four Sisters and a Wedding,” she and Abunda also talked about her transfer to ABS-CBN, her experience in hosting alongside Abunda and her other acting stints in “Pakners” and “Starting Over Again,” among others.

“Four Sisters and a Wedding” centered on four sisters who reunited to dissuade their younger brother (Enchong Dee) from getting married. Its prequel “Four Sisters Before the Wedding” was released in December 2020. JB