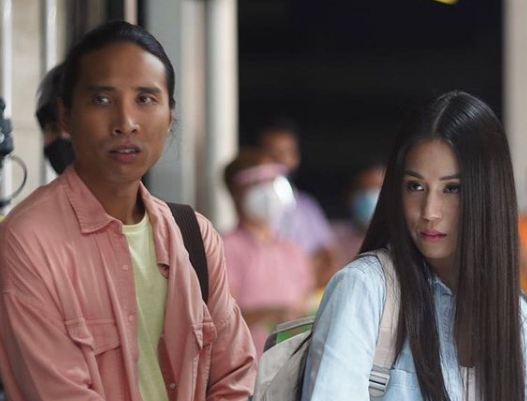 Pepe Herrera (left) and Toni Gonzaga in the Philippine remake of “My Sassy Girl.” Image: Instagram/@tincanfilmsph

Pepe Herrera will be starring alongside Toni Gonzaga in the Philippine adaptation of the classic South Korean romantic comedy, “My Sassy Girl.”

“Grateful for your warm response for our Sassy Girl. Today, let us celebrate the guy who will tell her story. We are proud to share with you Pepe Herrera as our leading man for My Sassy Girl,” the company said.

The stills showed a pony-tailed Herrera donning a long-sleeved polo as he joins Gonzaga’s Filipina Sassy Girl. In one of the shots, Herrera can be seen inside a train, where his character and “the girl” first cross paths in the original film.

“The Hopeful Romantic” star will be taking on the role originally played by actor Cha Tae-Yun, who was named Gyeon-woo in the 2001 South Korean classic.

In the original “My Sassy Girl” directed by Kwak Jae-yong, Jun Ji-hyun plays the titular role alongside Cha Tae-yun. Prior to having a Philippine remake, the South Korean classic was also remade by Hollywood with Elisha Cuthbert and Jesse Bradford in the lead roles back in 2008. JB