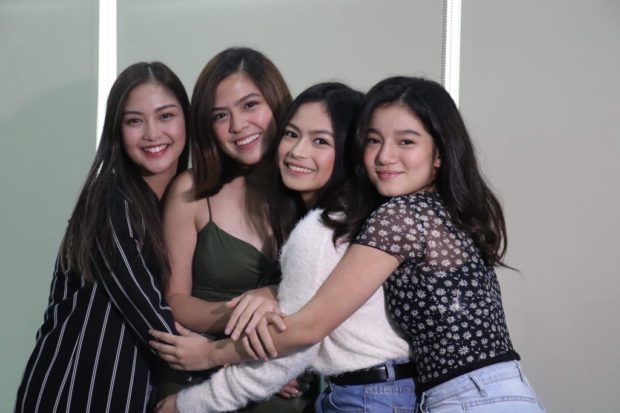 The Salazar siblings are set to return to the big screen as Star Cinema announced that a “Four Sisters and a Wedding” prequel is in the works, which will be titled “Four Sisters Before the Wedding.”

The prequel will see director Giselle Andres take the helm from Cathy Garcia-Molina, who directed the 2013 hit comedy-drama. Andres was assistant director for the flick back then.

The movie will be set around the Salazar siblings’ teenage years, way before they intervened with the wedding of their younger brother Rebreb (Enchong Dee) in the first film.

The 2013 comedy-drama featured Toni Gonzaga as Teddie, Bea Alonzo as Bobbie, Angel Locsin as Alex and Shaina Magdayao as Gabbie. It told the story of the sisters banding together to stop Rebreb from marrying Princess (Angeline Quinto), all while old feuds and issues reemerged one by one.  /ra