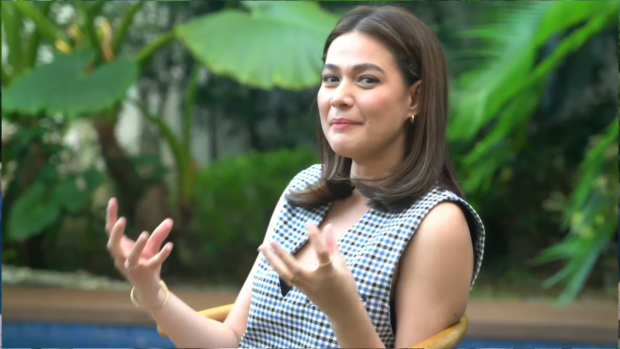 Bea Alonzo admitted that of all her former on-screen partners, she was most attracted to John Lloyd Cruz — at least “intellectually.”

Alonzo talked about her career, love life and plans in an interview with Ethel Booba in the comedienne’s vlog last Thursday, March 11.

(We have different definitions of ‘hotness.’ All of the actors I’ve worked with before, nearly all have abs except for John Lloyd and Ian Veneracion.)

The actress also admitted that it wasn’t Cruz’s physical appearance that makes him attractive for her.

When Booba asked her if she would be open to a relationship with her former co-star, she said the thought of dating him was a little funny.

“Kung sakaling magiging kami, hindi kami aabot sa ligawan na kasi 20 years na kami halos magkasama (If we were to end up together, we don’t need to go through the dating phase because we’ve known each other for almost 20 years), so there is nothing to discover,” she added. “Nakakatawa naman kung dadaan pa kami sa girlfriend-boyfriend (It would be funny if we would go through being girlfriend and boyfriend).”

In December last year, Alonzo said she’s always in love with Cruz, and that statement still holds true as she told Booba that she still has the same feelings for him. But she believes those feelings will not evolve into a romantic relationship.

For Alonzo, there are many factors that come into play when she starts considering a relationship with Cruz and said “love is not enough” when she enters a relationship.

Alonzo and Cruz first starred together in the drama series “Kay Tagal Kang Hinintay” in 2002. They are also known for their roles as Popoy and Basha in the 2007 hit film “One More Chance” which had a sequel in 2015, “A Second Chance.” JB