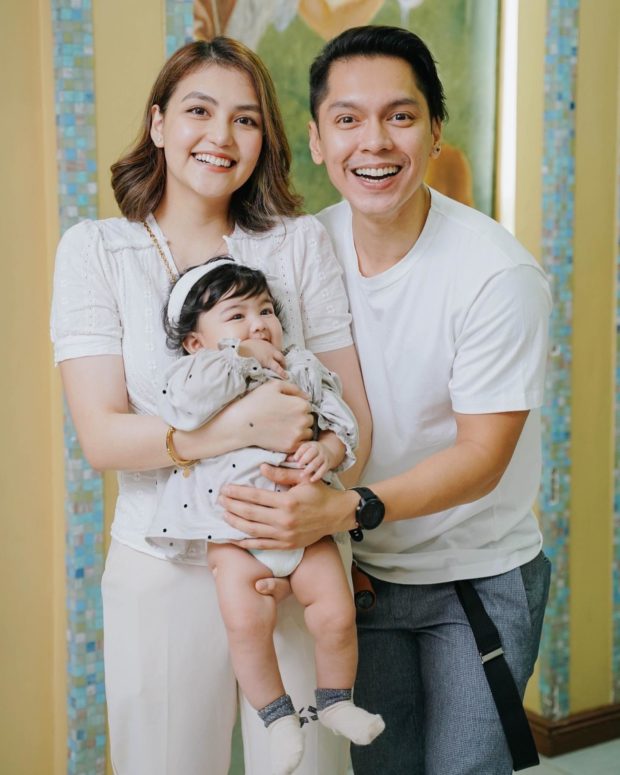 Trina Candaza revealed that prior to becoming Carlo Aquino’s partner, she already admired him from afar.

The model fangirled over Aquino in one of his photo shoots with actress Bela Padilla in February 2018, as seen in Candaza’s post last Friday, March 12. At the time, Aquino was promoting their movie “Meet Me at St. Gallen.”

Candaza gushed over how handsome she found Aquino when she shared the photos.

She recalled that she and Aquino met in May 2018 and that they became a couple in January 2019. They welcomed their “angel” Enola Mithi last September.

(I used to just post about you; I didn’t know that I would have a family with you.)

(Just keep sharing [posts] you never know they could be your forever!)

Candaza’s revelation comes after the actor admitted that he was instantly attracted to her when they met at a car show, he said on Erich Gonzales’s vlog last March 7. He confessed that he even “stalked” her on Facebook and eventually scored a date with her. JB

Read Next
With Grammys, Trevor Noah pivots to awards show hosting
EDITORS' PICK
Comelec division junks petition to cancel Marcos COC for president
Acer starts the year off strong with the Aspire Vero National Geographic Edition
PH logs 37,070 more COVID-19 cases; over 33K others recover
‘Not yet the end’: Lawyer says Marcos Jr’s DQ cases to take lengthy process
The best of bayside and city living at SMDC’s Sail Residences
Over 3 Million worth of prizes to be won at Smart Padala’s SENDali Manalo Promo!
MOST READ
NBI foils escape attempt of Kerwin Espinosa, two others
‘Not yet the end’: Lawyer says Marcos Jr’s DQ cases to traverse lengthy process
Wendell Ramos finally gets to hold his newborn for the 1st time
Marcos camp ‘extends hand of unity’ after COC cancellation bid is thrown out
Follow @NGunoINQ on Twitter
Don't miss out on the latest news and information.