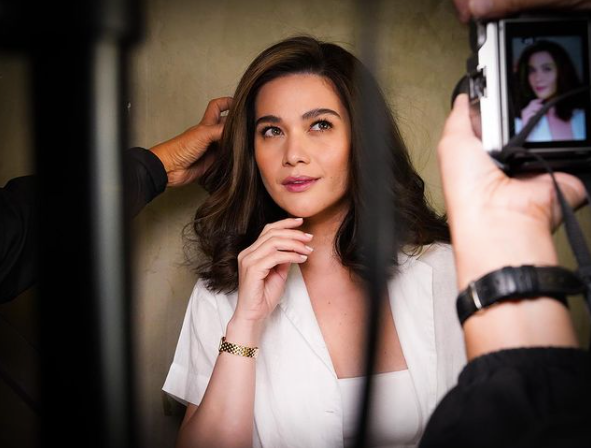 Bea Alonzo opened up on her love life in a vlog, answering questions about past relationships — and if she has one at present.

The actress got candid with celebrity dermatologist Aivee Aguilar-Teo in a video shot in October, Alonzo’s birth month, but was only released last Wednesday, Dec. 16.

One of the questions that probed into Alonzo’s love life was if she was ever in love with screen partner John Lloyd Cruz.

She explained that their relationship had gone through all the levels it could have.

“Now, he’s more than just that to me. That’s the beauty of it,” she added. “Maybe I’m also in love with the idea of what we are.”

When Aguilar-Teo asked if she meant the idea of them as a couple, Alonzo clarified, “Parang hindi mo alam kung ano siya (It’s like you don’t know what it is), and I’m in love with that idea.”

The doctor to the stars asked if there was a possibility of falling in love with Cruz again. Alonzo reiterated that she is always in love with him, but noted, “Sometimes, love is not enough. There’s more to a relationship than just love.”

Alonzo also revealed which ex she would get back with and said that it would be Zanjoe Marudo.

“My relationship with Zanjoe lasted for six years. Until now we’re good friends. I’m friends with the family,” Alonzo said. “Kung pag-uusapan ay (If we are talking about) good memories, it has to be with him.”

She admitted that she has only ever gotten back with one ex. Alonzo briefly dated co-star Gerald Anderson in 2010. There were speculations that they were an item in 2017, and by July 2019, Alonzo confirmed their breakup.

When asked if she is currently dating, Alonzo quipped, “I’m dating. And guys, if you’re interested, you can just comment below. Leave your number, char.”

The “One More Chance” star has been linked to actor Dominic Roque, though both have been tight-lipped about their relationship status. JB

Bea Alonzo, ‘ambassador of ghosting,’ gives tips on moving on