“Pinoy Big Brother” contestant Justin Dizon issued an apology after he made comments against housemate Jie-Ann Armero and her bathing habits.

Dizon, 22, went viral over the past few days after a clip shared on Twitter showed him mocking Armero, 16, for not bathing every day. 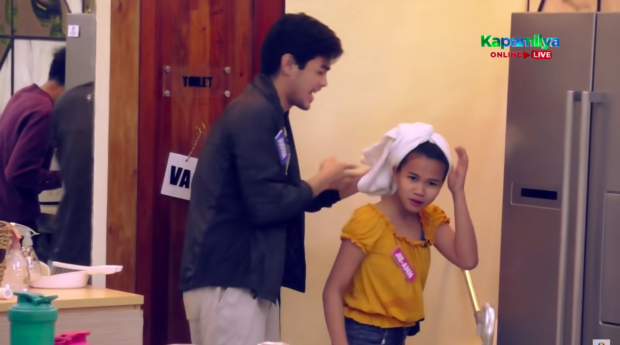 Armero eventually explained to Kuya (Big Brother) that she was not used to bathing daily because of the limited water supply in her province of Sarangani. She said one container of clean water costs P12, and that her family prioritizes it for drinking, cleaning and cooking.

However, it appeared that Dizon’s remarks got to her, as seen in the 13th day of “Pinoy Big Brother: Connect,” posted online on Dec. 18.

After taking a shower, Armero seemed down, which housemate Andrea Abaya noticed. Armero eventually broke down and other housemates rushed to comfort her.

When Dizon noticed the huddle, he approached them. Even if Armero said she was not offended by his jokes, Dizon further explained himself.

“If ever you felt offended with those jokes I want to say sorry for them kasi iyon nga (because) I forgot to realize na iba tayo (that we are different),” said Dizon.

“I want to say sorry for saying those jokes to you because, like, they are insensitive,” he added. “Hindi ko naisip (I did not realize) initially, your background and my background, how different they are. So iyon nga (there) I’ll try my best to be more sensitive to how you feel.”

Speaking to Kuya, Dizon reflected on his behavior. He said, “There was like a very quick introspection on my part.”

He added, “It is still a responsibility to accept your mistake and learn something about it, apologize and you know magkaroon ka ng (have) character development or something like that.”

“PBB: Connect” features 14 housemates and premiered on Dec. 6. It airs on A2Z channel 11 and Kapamilya channel. It also streams on the iWant TFC app and on the channel “Kapamilya Online Live” on Facebook and YouTube. JB