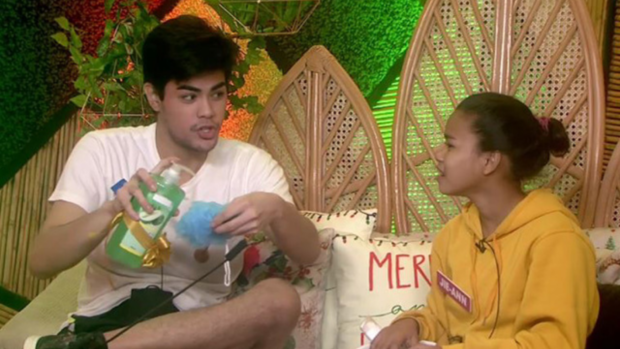 “Pinoy Big Brother” (PBB) housemate Jie-Ann Armero brought attention to the water shortage in her home province of Sarangani after her fellow contestant made remarks on her hygiene.

Armero, 16,  and Justin Dizon, 22, went viral on social media yesterday, Dec. 17, after the latter called her “marumi (dirty).” The two were in the PBB house’s kitchen when Dizon made the comment, as seen in a clip posted by @AnjelDave_ on Twitter.

Dizon said that he and their fellow contestants had been talking about Armero and her bathing habits as she exited the bathroom. When Armero brushed off the comment, Dizon told her to “stay there” and wiped his hands on a towel wrapped around her hair.

“Wala akong pakialam. Sanay na ako sa ganiyan (I don’t care. I am used to things like this),” she said.

“Really?” Dizon replied. “Sabagay, marumi ka nga pala (After all, you are dirty).”

After the clip circulated online, a certain @Apostoool shared an audio recording of Armero explaining her bathing habits to “Kuya,” the iconic Big Brother in the show.

Armero noted that she does not bathe often since it is hard to access clean water in the province sometimes. She also pointed out that one container of clean water costs P12. Due to the price, her family usually only buys three, which they use for drinking, cleaning and cooking.

(That is why sometimes, I cannot bathe because our containers are just small. We are saving the water.)

She also noted that it feels good to be able to bathe in the PBB house without worrying about the water supply.

Sarangani has been facing recurring water shortages amid rising water demand, degraded watersheds and inadequate access to clean water. In a bid to solve the problem, the United States Agency for International Development (USAID) has signed an agreement with Sarangani, Palawan and Negros Occidental last month.

The agency will create a safe-water project worth almost P900 million. The initiative also includes efforts to build more clean-water facilities in the area and increase access to sanitation services.  /ra