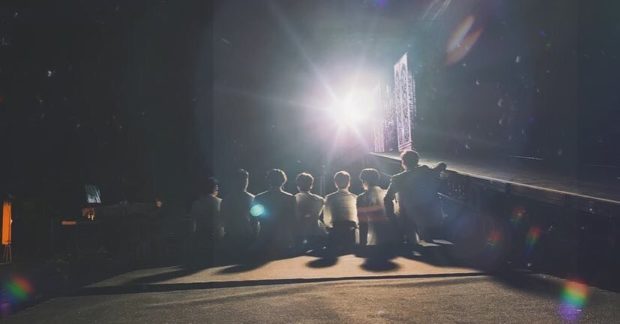 Green hearts conquered the online world as South Korean group GOT7 marks its seventh year Saturday, Jan.  16, in the K-pop industry together with the ride-or-die iGOT7 fandom.

Ahgases (GOT7 fans) took to social media to celebrate the septet’s anniversary with greetings, fancams and photos as #7YearsWithGOT7 topped online trends, peaking at 1.3 million tweets as of this writing.

GOT7 members shared the same group photo on their social media platforms along with short individual messages thanking fans for their support during  the last seven years.

“Thank you so much for being together for a long time. We have so many sad, happy, angry, and joyful moments, and I think they will all be good memories. Let’s make more memories with 7 of us in the future!” Mark posted on Twitter.

In time for the group’s anniversary, their song “Thank You” from the 2018 extended play (EP) “Eyes on You” has reached No. 1 on iTunes in various countries including the Philippines.

Just days ago, it was announced that GOT7 marked its departure from JYP Entertainment after being with the label for seven years.

GOT7 stayed true to its “seven or never, seven or nothing” mantra as the members decided to leave all at once, promising to stay as a group despite signing with different agencies.

“The members care a lot about GOT7. Though they will each promote separately, they agreed to make time when GOT7 reunites,” a Dispatch report stated.

The septet received on Sunday, Jan. 10, its fifth consecutive Disc Bonsang (main prize) in the 35th Golden Disc Awards, this time for its latest extended play album “Dye,” which was released last year.

7 years together💚 We are proud of you guys. We will be here for you and never stop loving you.

The globally renowned K-pop group made its introduction to the musical world on Jan. 16, 2014, with its debut album “Identify,” which carried the songs “Girls, Girls, Girls” and “Stop Stop It.”

The group last visited the Philippines for its sold-out Manila stop of the “Keep Spinning World Tour,” back in October 2019.  /ra