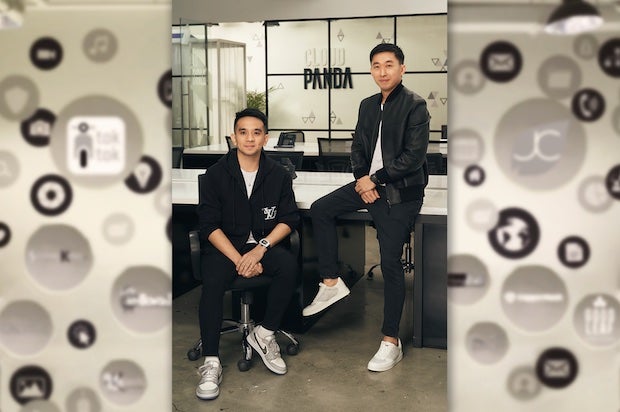 Young business magnates Carlito Macadangdang (left) and Jonathan So collaborate with renowned photographer BJ Pascual for a photoshoot – the latter’s first in the field of business.

Renowned and talented photographer BJ Pascual has definitely made his name and created his own mark in the fashion and entertainment industry, having produced an impressive body of work that includes some of the most memorable fashion and portrait images not just in the local but also in the international scene.

His works are seen in the pages of the country’s leading publications. He has done over 300 magazine cover shoots so far with top celebrities, models, and socialites as his subjects. Moreover, he has also shot countless billboards and ads for major brands in the Philippines — making him one of the country’s most sought-after photographers.

But BJ Pascual has also taken the next step to further his career as he accepted a project to shoot two young business magnates known for their creative minds and huge hearts for their kababayans. They are the top guys of the JC conglomerate — JC Jonathan So, president and chief executive officer, and Carlito Macadangdang, vice president and chief finance officer.

So and Macadangdang are not just ordinary businessmen. They are also the brains behind the country’s first-ever online franchise business platform — Siomai King, the flagship brand of JC Worldwide Franchise Inc., which has helped many Filipino greatly affected financially by the pandemic.

The two were recognized as Entrepreneurs of the Year in the recently concluded Asia Leaders Awards and also awarded as Most Outstanding Global Entrepreneurs in the 51st Guillermo Mendoza Memorial Scholarship Awards Foundation (GMMSF) Box Office Entertainment Awards this year.

But more than the awards and recognitions, the real success for these two young business leaders is built on how they have been able to help Filipino thrive during the pandemic.

This collaboration project between talented photographer BJ Pascual and these two successful young business magnates happened has brought together three of the best individuals in their respective fields and bridged two worlds – fashion and entertainment.