After seven years, GOT7 set to leave JYP Entertainment — reports 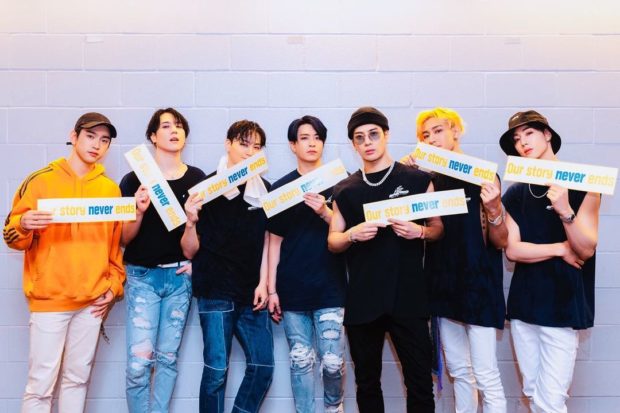 Members of South Korean boy group GOT7 will be marking their departure from JYP Entertainment after seven years with the label, according to Korean entertainment reports.

GOT7 members will not be renewing their contracts with the company, with today’s 35th Golden Disc Awards being their last activity as a group for the time being, as per Dispatch via Soompi today.

“The GOT7 members are very close. They agreed on staying together, but they disagreed on the choice of their agency,” the report stated. “After multiple discussions with the company, they decided to part ways.”

“The members care a lot about GOT7. Though they will each promote separately, they agreed to make time when GOT7 reunites,” it added.

JYP Entertainment said it is still confirming which agencies the members are in contact with, adding that it “will inform [fans]” once its position regarding the group’s contract renewal is ready, as per the same report.

In their acceptance speech, GOT7’s Mark thanked Ahgases, their fans, for “making ‘Dye’ one of the best albums of the year.”

Fans have criticized JYP Entertainment over the years for its alleged poor treatment of GOT7. They have organized protests through email drives, launched online campaigns, and went as far as sending a truck in front of the agency’s building last year to demand changes and improvements for the group.

In light of recent reports, all GOT7 members took to Instagram to share a group photo with the hashtag #GOT7FOREVER. Mark posted the same photo on Twitter accompanied by a short heartfelt message, saying the past seven years “have been the best years of [his] life.”

“Nothing is coming to an end, just the beginning. The seven of us are going to continue to bring you guys the best version of us till the end,” Mark said.

The group last visited the Philippines for their sold-out Manila stop of the “Keep Spinning World Tour,” back in October 2019. They promised their Filipino fans that they will return. JB