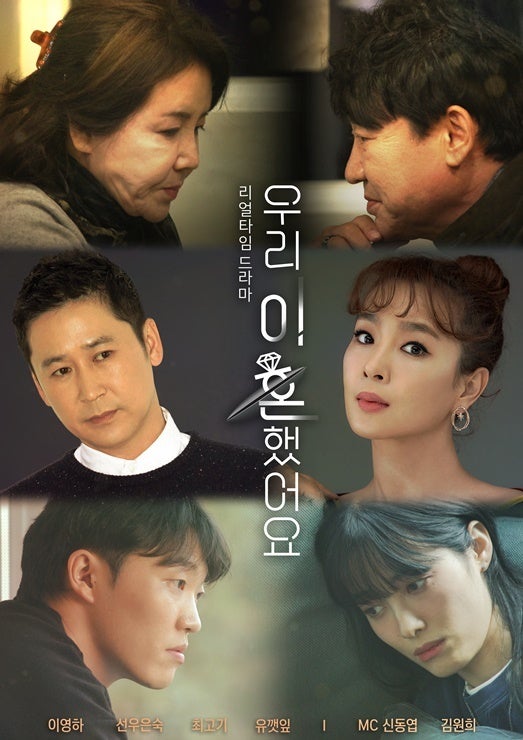 SEOUL — Although a significant number of married couples decide to go their separate ways each year in Korea, divorce is not a topic that Koreans talk about casually, largely because it is still a taboo subject.

The divorce rate in Korea has increased for two consecutive years since 2018, according to Statistics Korea. Although the divorce rate decreased by 4.3 percent year-on-year from January to October 2020, the number of couples that got divorced stands at 88,455.

“I have a close friend from high school whose parents got divorced. I know this because my mom is her mom’s friend, but we never talk about it,” said a woman in her 20s who only gave her surname as Jang. “She never brings it up and I am afraid that it might be rude for me to ask about it first.”

However, changes are slowly taking place, especially on the small screen with many Korean TV shows featuring divorce.

The show faced criticisms even before it aired.

“I cannot believe that this kind of show gets to be aired. What is happening to this world,” a YouTube user commented on the program’s teaser video of the first episode.

“Why would someone make a show like this?” another commented.

The celebrities that have appeared on the show said that they decided to be part of the show because they wanted to shatter prejudices about divorced people.

“People looked at us with prejudice,“ Lee Ha-neul, a singer said on the show. ”I hope people can see that divorce is not just a failure.“

“(I decided to appear on the show because) I wanted to change how people think,” another cast member of the show Choi Bum-gyu, also known as YouTuber Choi Gogi said. “Especially because I have a daughter. Although we are divorced, I want to show that we still get along with each other well (as parents).”

So far, seven episodes have aired and the program has been receiving many positive feedback for its realistic depiction of the painful processes and problems that divorced couples go through. 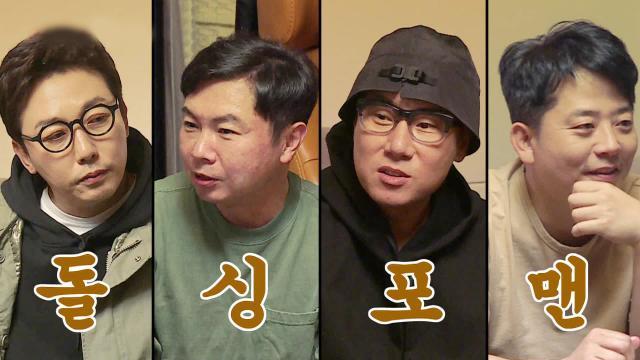 Four divorcees go on SBS’ “My Ugly Duckling” to talk about life after separation. (SBS)

The latest episode of the show, which aired on Monday, saw ratings reach 6.4 percent to become the most-watched show among TV programs that are aired at the same time, according to Nielsen Korea.

The four men talked about topics such as when is the right time to get remarried and how they reacted spotting their ex-wives’ belongings at home after the divorce. Their discussion was lighthearted and the stars avoided portraying divorce as a failure or a serious topic.

TV personality Kim Se-rom, who helps host the show “We Got Divorced,” also openly talked about her experience getting divorced on Wednesday’s episode of MBC talk show “Radio Star.”

In 2016, Kim and chef-entertainer Lee Chan-oh announced that they had decided to go their separate ways, after being married for a little just over a year.

“I felt a bit embarrassed (to stand in front of the public) after going through all that,” Kim said. “I took some time off and went to a forest. It was a learning opportunity for me.”

Kim also said she turned her wedding ring into a pendant, which she wears as a necklace.

“It was something that I bought with my own money anyway,” Kim said. “I could not just throw it away and I want to be cool with it.”

On “We Got Divorced,” Kim provides a running commentary while watching videos of the divorced couples spending time together.

“When I first got the call asking to be on the show, I was surprised that they would ask me,” Kim said. “Since I cannot undo what has happened, I thought I might as well be the figure that represents divorcees, just like Seo Jang-hoon.”

Seo, an ex-basketball player and TV personality, called it quits after three years of marriage with newscaster Oh Jeong-yeon in 2012.