The K-pop star applauded Dizon’s performance on her Instagram Stories yesterday, Dec. 29, alongside a screenshot of Dizon as the film’s main character, Jane.

“I am so proud and impressed with your performance. You are amazing, Charlie,” McDonie said. “You deserve [the] best actress [award]. Congratulations.” 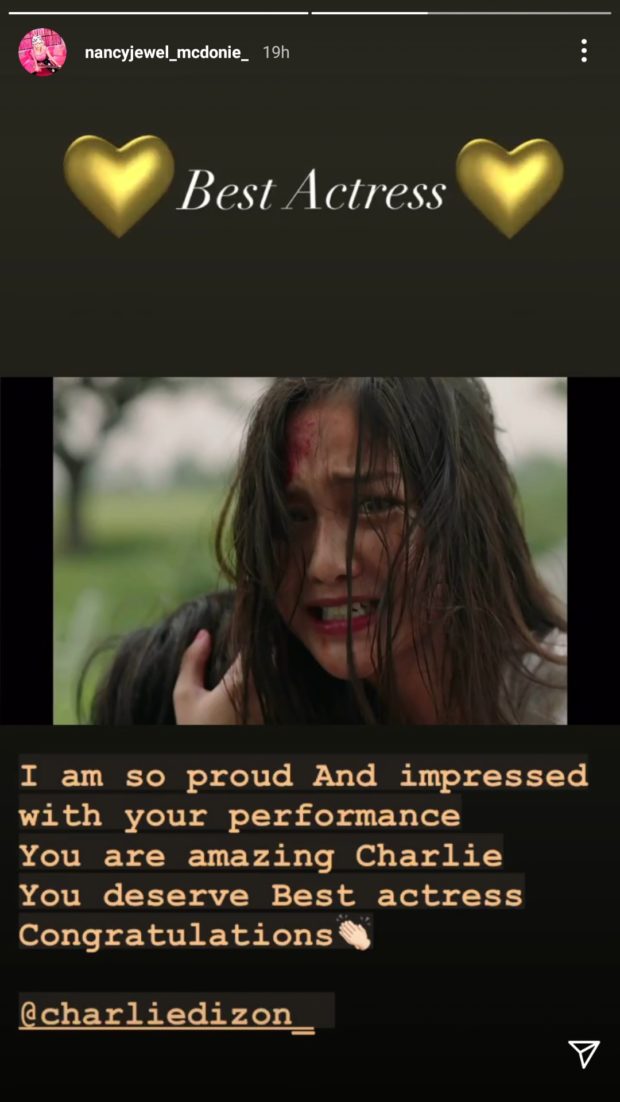 The young artists first met while training under the same agency in South Korea, when they were around 11 years old. However, Dizon eventually had to return to the Philippines due to issues with her contract and visa.

Despite her departure, the two have continued keeping in touch and McDonie considers Dizon her “best friend in the Philippines.”  /ra