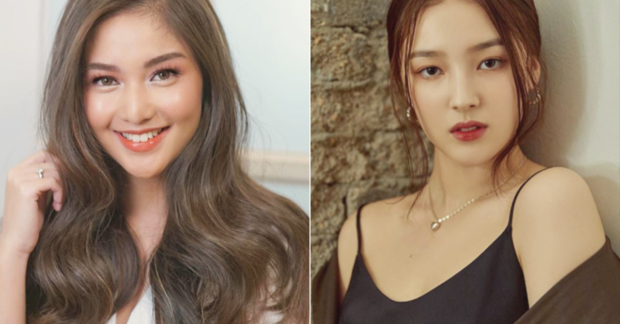 K-pop star Nancy McDonie and her “best friend in the Philippines,” actress Charlie Dizon, recently took time to reminisce over their years of friendship.

Dizon hosted an Instagram Live on Tuesday, July 14, where the Momoland member—also known for being Liza Soberano’s lookalike—showed up for a quick chat, as seen in the 12:19 mark.

“I miss you so much,” McDonie told Dizon. She also noted it was their first time to video call.

The K-pop singer said they knew each other since they were 11. Both were under the same training agency in South Korea, but Dizon was unable to stay in the country due to visa and contract issues.

“She’s like my best friend in the Philippines,” McDonie said.

“She takes me everywhere, like she picks me up in my hotel, she shows me all these great places and like restaurants and even like people too,” McDonie shared. “We had a great time, it was awesome.”

She said she wished she could do the same for Dizon during a visit to Korea. “I’m so sad, you were supposed to come to Korea and I wanted to give you a tour,” she said.

The two friends caught up on their projects—Dizon said she came from a 21-day locked-in shooting for teleserye “A Soldier’s Heart.” Meanwhile, McDonie said she wasn’t sure yet when Momoland’s comeback would be.

Dizon said later on in the Instagram Live that McDonie was the first person who spoke to her during their training since it was only she who knew how to speak English.

Dizon was cast in the prequel of “Four Sisters and a Wedding” last February. Momoland signed a partnership with ABS-CBN last year, with McDonie cast in a series with James Reid.  /ra

WATCH: James Reid, Nancy talk about their road to acting at ‘The Soulmate Project’ workshop