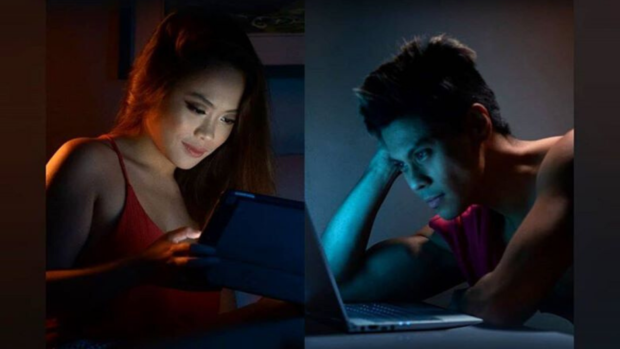 Kim Molina (left) and Jerald Napoles in the poster for their film “SDR” (Image: Facebook/Viva) Films

The couple posted the whole movie, also known as “Social Distance Relationship,” on their joint YouTube page. While the two artists wrote and directed the project on their own, they collaborated with Viva Films for the effort as well.

Molina and Napoles explained in a previous vlog post that the production centers on two people who meet via a dating app during the quarantine brought by the COVID-19 pandemic. Molina portrays the leading lady named Lara, while Napoles stars opposite her as Marvin.

The actress noted too that they came up with the idea while thinking of possible content for their YouTube page. Molina completed the script with Napoles’ help, while Napoles directed the film, with Molina serving as assistant director.

While the two appeared to be a two-man team for the film, they also received guidance from filmmakers Irene Villamor, Antoinette Jadaone and Dan Villegas. Actress Dimples Romana appears in the movie as well.

Molina added that she also drew inspiration from her personal life since her parents lived apart due to her father being an overseas Filipino worker.  /ra