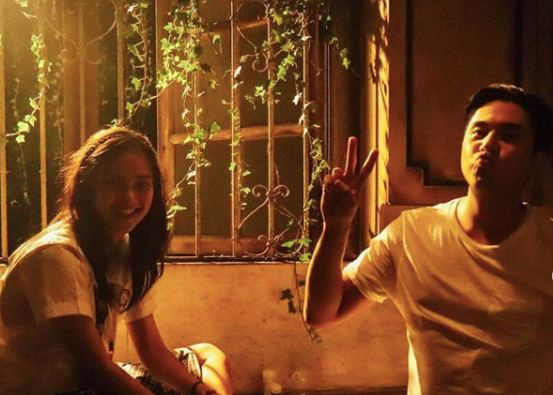 Antoinette Jadaone’s “Fan Girl” starring Paulo Avelino and Charlie Dizon will be having its world premiere at the 2020 Tokyo International Film Festival (TIFF) later this month.

“FINALLY!! A world premiere for a film that’s so close to my heart!” the writer-director announced on Instagram yesterday, Sept. 30.

“Fan Girl” will also be the lone Filipino film in the “Tokyo 2020 Premiere” section of the festival, according to Jadaone.

“After years of script [development], finding the right cast, waiting for the right time, believing that everything happens for a reason, sa wakas (finally). My heart is happy,” Jadaone said.

The festival will run from Oct. 31 to Nov. 8. The screening schedule will be announced on Oct. 6, according to the TIFF.

“An obsessed teenage fan finds herself inside a mansion with her celebrity idol she thought she knew and learns exactly why they say never meet your heroes,” the film’s logline reads.

Balbuena has disclosed that the film will “premiere in main competition of another A-list festival” a few weeks from now, according to the director.

In another post, Jadaone shared with fans their journey in looking for the right actress to play their “fan girl,” whom they found in Dizon.

“‘Yung paghanap kay Fan Girl, nagpabago ng mantra ko sa buhay (Finding our fan girl changed my life mantra) to ‘everything happens for a reason’ bec the truth is, we already found our fan girl but she had to back out a week before the shoot,” Jadaone said.

When they found Dizon just three days before the shoot, Jadaone emphasized that they “knew it was her.”

Dizon also took to Instagram on Sept. 29 to thank Jadaone and the ones behind the film, noting that she learned a lot from the experience as this is her first major movie.

(This is perhaps the project I found the hardest to be in as it was not only emotionally challenging, but also physically and psychologically. But the experience was very much worth it.)