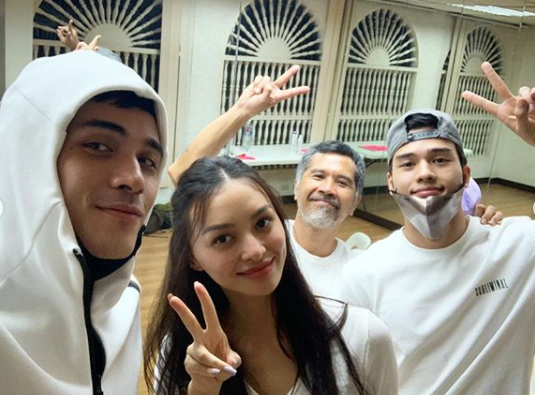 Xian Lim has teased fans with a new project he has been working on together with actors Marco Gumabao and Kylie Verzosa.

Lim shared via Instagram last Sunday, Sept. 27, that they have begun attending workshops for the still-untitled project to be directed by RC delos Reyes.

“Feels great to be with good company! I got to work with Marco as my bro in ‘Corpus Delicti’ and Kylie in ‘Love the Way You lie!’ We’re all excited to work together!” he said.

Lim’s announcement came with photos of them during the workshop with Jose Jay Cruz, who was also Lim’s acting coach for his first film ever, “Bakit ‘Di Ka Crush ng Crush Mo.”

“It feels great to have the [privilege] to be in an acting workshop [specially] during this time,” the actor stressed.

He also assured fans that they all got tested before entering the facility to ensure having a “safe working environment.”

In another Instagram post made yesterday, Sept. 28, Lim shared a new set of photos with Verzosa and Gumabao at the Viva Studio Scout Madriñan in Quezon City.

Lim recently directed a puppetry film series, a first for the country, titled “Movies Adapted from Literary Arts” or “MALA” for the Cultural Center of the Philippines.  /ra