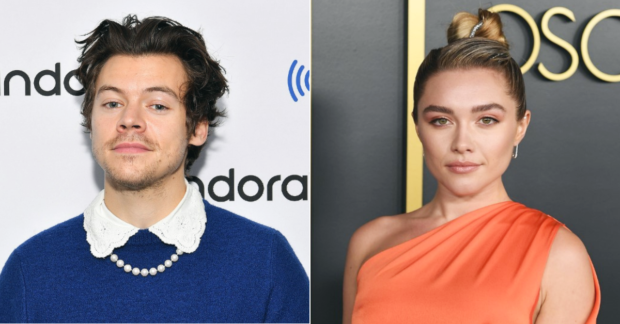 Harry Styles has been tapped to join the star-studded thriller “Don’t Worry Darling” under the direction of Olivia Wilde, who is also producing and starring in the film.

Warner Bros. executives have been eyeing Styles for another project after his acting debut in “Dunkirk”, Deadline reported on Friday, Sept. 11. The pop star reportedly impressed Wilde and costar Florence Pugh (“Midsommar”) in an initial meeting, sources said.

Styles took over from Shia LeBeouf, who left the project due to a scheduling conflict.

Chris Pine and Dakota Johnson are also signed on to the movie. Wilde is set to have a supporting role onscreen.

“Don’t Worry Darling” is based on a spec script by Shane and Carey Van Dyke. Written by Katie Silberman (“Booksmart”), the story is set in the 1950s and revolves around an unhappy housewife living in a utopian community in the California desert.

A project under New Line Cinemas, Wilde and Silberman will produce with Vertigo Entertainment’s Roy Lee and Miri Yoon.