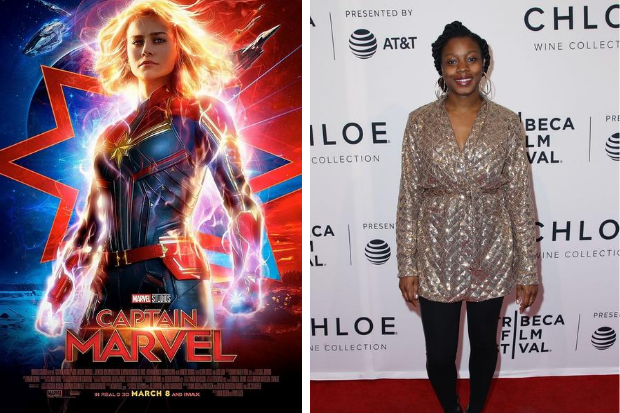 The reins to the “Captain Marvel” sequel will be taken by the Marvel Cinematic Universe’s (MCU) first-ever Black female director, Nia DaCosta.

DaCosta will be replacing 2019’s “Captain Marvel” directors Anna Boden and Ryan Fleck, as per Deadline yesterday, Aug. 5. The highly anticipated MCU installment is set to hit theaters in July 2022.

Brie Larson will be returning as the titular hero, Carol Danvers, while Megan McDonell has penned the script for “Captain Marvel 2.” McDonell is also a story editor on Marvel’s upcoming “WandaVision” series.

Under DaCosta’s belt is the upcoming horror flick “Candyman,” a reboot and a sequel to the 1992 cult classic of the same name. The 2020 “Candyman,” written by Jordan Peele, is set almost 30 years after the first film.

“Captain Marvel” grossed around $1.13 billion worldwide and was released prior to the MCU’s biggest blockbuster yet, “Avengers: Endgame.”

Other than being the first Black female Marvel director, DaCosta will also be the fourth female director in the cinematic superhero franchise following Boden, Cate Shortland (“Black Widow”) and Chloé Zhao (“Eternals”).

DaCosta landing the job adds to Marvel’s continuous effort to add diversity to its cinematic universe, according to the report. Ian Biong /ra