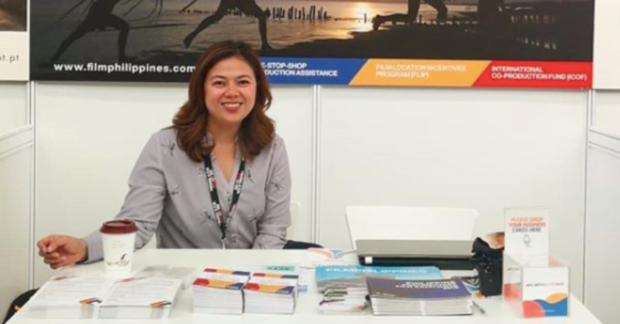 Directors Erik Matti and Nestor Abrogena criticized the Film Development Council of the Philippines (FDCP) for “misleading” the public on who worked to get Filipino films acquired by Netflix.

Erik Matti called out FDCP chair Liza Diño’s Facebook post on Friday, July 31, after she announced that the streaming service acquired 15 films from the Philippines. The movies are from Viva Communications, Regal Films, TBA Studios, The IdeaFirst Company and CleverMinds.

“I was just informed by Netflix Asia that fifteen (15) new Filipino titles have just been acquired by the company to stream on the Netflix platform starting this August,” Diño said in her statement on Friday, as seen in a screenshot by Matti.

“The FDCP has maintained a very [good] relationship with Netflix since 2017 and has been partnering on many initiatives from policy discussions, distribution of Filipino films to capacity building programs like Post-Production Workshops to elevate the level of filmmaking in the country.”

After months of criticizing the FDCP, I came across this post by its chairperson where for a moment I thought that FDCP…

Matti questioned the statement, saying that he was under the impression “that FDCP facilitated and was party to the acquisition of 15 new Filipino films by Netflix.”

“This post by FDCP looks misleading. I read the article and nowhere was it mentioned that FDCP brokered the deal [on] behalf of the films,” he said.

“It’s the kind of ambiguous [doublespeak] that’s common nowadays not just with our government but also in the Trump empire,” Matti remarked. “A [doublespeak] that people saying it can easily take back if and when questions arise regarding the veracity of the statements made.”

“In as much as the post never literally said it brokered the deal, the attachment of announcing the 15 new acquired films and FDCP having a great working relationship with Netflix over the years can’t help but ‘suggest’ that FDCP is attached to the reason these films were acquired,” he explained.

“Nowhere also in the post that acknowledges or congratulates the efforts made by these producers to bring Filipino films out there making it even more focused solely on the relationship of Netflix with FDCP.”

He also asked directors to verify who brokered the deals with the streaming service. Joey Reyes, Perci Intalan, Paul Soriano and Nestor Abrogena said in the comments section it was their studios who scored the deals.

“Like many producers, I worked very hard to find my own contacts at Netflix, maintain a good relationship and negotiate for the best deal possible,” said Intalan, president of The IdeaFirst Company.

“I also respect it when they say that something should not be announced until they make the announcement themselves.”

“As far as I am concerned, Liza Diño, it was TBA Studios who brokered for my film and other TBA Films. Do not mislead the people in believing you or FDCP actually had a hand at this.”

As far as I am concerned, Liza Diño, it was TBA Studios who brokered for my film and other TBA Films. Do not mislead the people in believing you or FDCP actually had a hand at this. pic.twitter.com/P5734vvJRy

Although Diño did not indicate that her statement was amended, the version of her post on Facebook now has another paragraph that says, “We are happy that our local distribution companies are continuously engaging with these international companies to expand their audience. With the world’s inevitable shift to digital platforms now even more expedited because of the pandemic, the local industry is adapting to the change.”

She released another statement yesterday, Aug. 1, where she confirmed that the deals were “private transactions between companies and Netflix.”

She did not address the claims that her initial post was misleading.

Diño was recently removed from the executive committee of the Metro Manila Film Festival for allegedly trying to “take over its chairmanship,” according to Metro Manila Development Authority chief Danilo Lim. JB