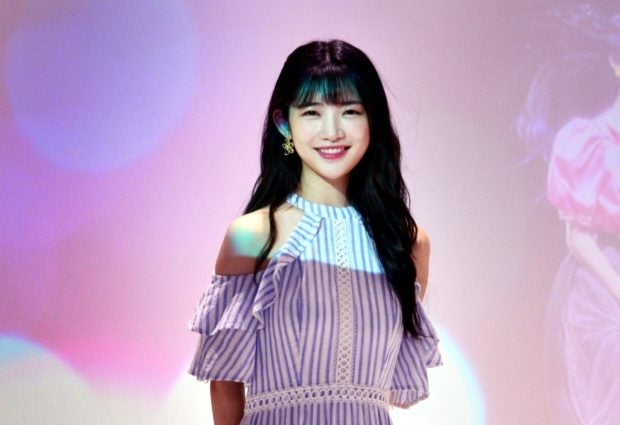 SEOUL — “Meant to be” is a fitting phrase to describe Yukika’s journey as a K-pop artist.

A Japanese singer who released her debut album, “Soul Lady,” in South Korea last week, Yukika took her first step into the entertainment industry in middle school as a model and actress in Japan.

Upon entering university, she took a hiatus to focus on her studies. Three years later, she appeared on TV again, but this time in the Korean show “The Idolmaster KR,” and later as a member of its tie-in Korean idol group Real Girls Project.

“I first came to Korea for a field trip in high school. On my way home, I was looking through the plane window and got this feeling that I’d come back again,” she said.

“After that, I went to Korea several times more for travel, but had forgotten about it. Then in my senior year of college, when I started thinking seriously about what career path to take, I saw the announcement for ‘The Idolmaster KR.’ On my flight to the audition, I had an ‘aha’ moment, recalling the feeling I had in high school.”

Yukika had no prior experience in singing or dancing when many other participants had already undergone years of training. But she chose to enjoy the ride and simply do her best — she ended up being chosen as one of the final members.

“I must’ve worked really hard at that time because I feel comfortable saying I worked hard. I didn’t know if I could actually make it, but I didn’t give up.”

Afterward, she went on a few other Korean TV shows and got in touch with the CEO of Estimate Entertainment, her current label. They connected over their mutual love for ’80s city-pop — a genre she was exposed to through her mom and sisters — and decided to work together.

“I had some fears about going solo, especially as a foreigner because back then I still had some trouble speaking Korean naturally. But now, though I go on stage on my own, I view Yukika to be not just one person but a whole team. It’s a project that everyone in my company works on together.”

By the time she made her official solo debut with the digital single “Neon” in February last year, she had become so used to the K-pop scene that she had a difficult time at her Japanese showcase.

“It was so awkward to sing in Korean but speak in Japanese between performances,” she said. “I didn’t know what phrases or expressions to use. Later that night, I searched my name on social media and read comments saying how strange I sound in Japanese.”

She couldn’t imagine singing in Japanese either, at least in the near future. “I learned how to sing in Korea and have gotten accustomed to the vocals that Korean composers prefer,” she said.

“If I sing in Japanese now, I think I’ll even sound more like a foreigner than I do in Korean because of my rhythms and how I sing or use my tongue.”

Looking ahead, Yukika hopes to continue the ’80s city-pop genre, but attempt styles from different cultures and countries, like Michael Jackson from the US. She also wants to try rapping more, something she experimented with on her recent debut album, and received unexpected compliments from her label.

“I’ve been saying this since middle school: The day I feel satisfied with my acting or singing, I’m going to quit my job,” she said laughing.

“But that day won’t come. I can never be satisfied. If I do, it means there’s no room for growth. I’m going to sing and act all my life, always aiming to be better.”