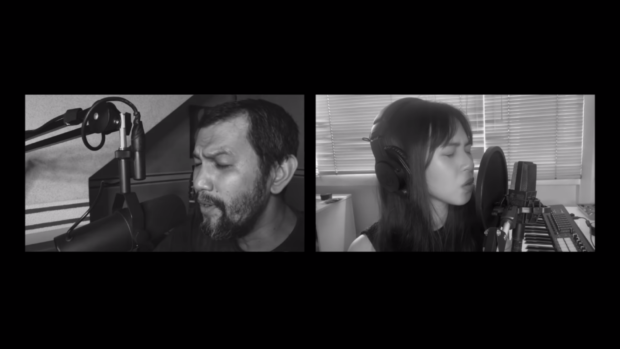 Clara Benin and Johnoy Danao teamed up to perform their own rendition of one of Taylor Swift’s latest songs, “exile”.

Benin posted a video of their collaboration on her YouTube page yesterday, Aug. 1. Danao sang the verses of Bon Iver frontman Justin Vernon while Benin covered Swift’s parts on the song.

Swift, along with a certain William Bowery (speculated by music critics and Swifties as a pseudonym), co-wrote the song with Vernon.

The black-and-white music video by the two Filipino artists, meanwhile, shows Benin and Danao singing in separate frames that appear beside each other throughout the song. Benin and Danao also played the keyboard and the acoustic guitar to accompany their vocals.

This is not the first time the two have worked on a song together. Danao previously featured Benin in his tracks “Do It All” and “Right Time”.

“Exile” is part of Swift’s eight studio album “folklore”, which she released by surprise on July 24. The latest effort includes her recent single “cardigan” and collaborations with American artists Aaron Dessner and Jack Antonoff.