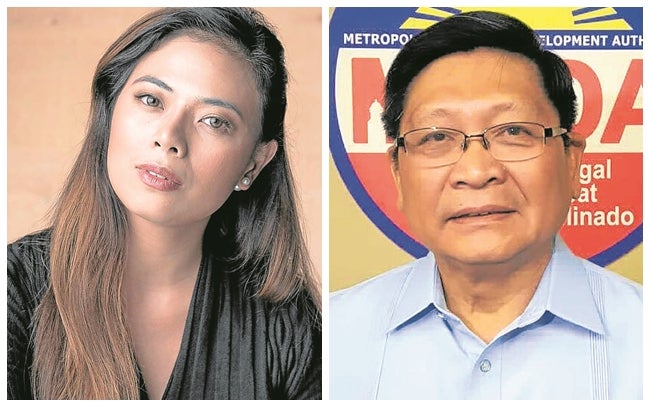 Film Development Council of the Philippines (FDCP) Chair Liza Diño has been booted out of the executive committee (Execom) of the Metro Manila Film Festival (MMFF) allegedly for attemp­ting to “take over its chairmanship” and to “take it away” from Metro Manila Development Authority (MMDA) chief Danilo Lim.

The MMDA is the organizer of the annual MMFF, which has been running since 1994. The festival, which screens only locally produced films, starts on Christmas Day and lasts until the first week of January, and is celebrated nationwide.

In a letter that Lim signed on July 21, the MMDA chair alleged that Diño has been “making efforts” to transfer the management of the MMFF to the FDCP “as early as 2016.”

As a result of this action, Lim said Diño’s “membership in the Execom is no longer tenable as your actions are inimical to MMFF and reek of conflict of interest.”

Lim’s letter, a copy of which the Inquirer Entertainment obtained on Friday, also cited instances when Diño allegedly made moves “to take over the chairmanship.”

“You even wrote a letter to Malacañang asking for an extension of the festival period for MMFF and to transfer chairmanship of MMFF to you,” Lim pointed out. “You even directly accused the MMFF of being involved in controversies, an institution to which you supposedly belong and as a member of the Execom should be defending.”

Lim also told Diño that “recent events and information coming to our office indicate that you have not given up on your dream to take over the chairmanship of MMFF and take it away from the MMDA, and is actively pursuing the same.”

“We regret not your remo­val from the MMFF but rather that it has come to this,” Lim pointed out. “After your first botched attempt to transfer administration of MMFF to you and your office, we were expecting you to resign out of ‘delicadeza.’ For this reason, we would like to inform you that we have decided to withdraw your appointment as a member of the Execom.”

Inquirer Entertainment sought the reaction of Diño, who said the council is still preparing a statement to address the issue. “We are also in touch with the MMDA to inquire about the reason behind their decision,” she said on Friday.

Meanwhile, MMDA spokesperson Celine Pialogo posted in her Facebook account on July 20 a copy of the FDCP propo­sal to Malacañang, titled “Expand the length and scope of the Metro Manila Film Festival, and to transfer in the future the celebration in the hands of the Film Development Council of the Philippines.”

Pialogo captioned her post with this: “We’ve been talking about this every year, Chair Diño. The MMFF belongs to the MMDA. Here is a piece of advice for you: Work on fixing the Pista ng Pelikulang Pilipino (PPP) first before showing interest in the MMFF.”

Like the MMFF, the PPP showcases an all-Filipino film lineup and is screened nationwide. It started in 2017 and runs every September.

In the proposal, the FDCP has requested that “a study on the reconstitution of its (MMFF) body be analyzed in the future to improve the organization and its governing committee.”

The proposal also poin­ted out that among the “key components” of the FDCP are “creating and empowering festivals,” and that the agency “assumes to use this in fulfilling [its] role… With this, it is only natural for the MMFF to be transferred to the FDCP from the MMDA.”

Also, the Cinema Exhibitors Association of the Philippines (CEAP), through a letter sent to the MMDA on July 22, declared its “full support” for the agency in conducting the MMFF.

The CEAP also pointed out that “it recognizes and appreciates the efforts of the MMDA in encouraging transparency and collaboration within the Execom members by involving all relevant stakeholders … unlike some film festivals.”

“We are confident that the MMFF, with the MMDA at its helm, will continue to be a big contributor in the promotion and growth of the Filipino movie industry.”

It said: “Because of a recent series of unfortunate and disappointing experiences, the PMPPA will not adhere to any interference or intervention of Undersecretary Liza Diño-Seguerra representing the FDCP in the December festival.

“We believe that the FDCP has attempted to go beyond its mandate and has intruded into duties and responsibilities that belong to other offices and agencies in the government.” INQ