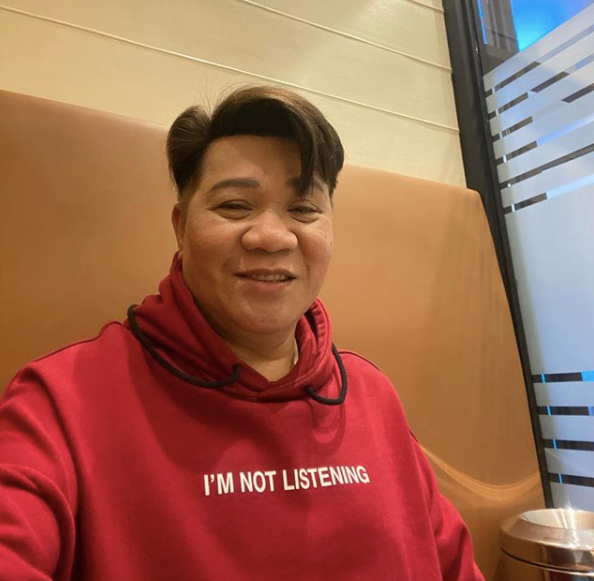 Comedian Allan K drew mixed reaction after telling a guest on “Bawal Judgmental” that it is wrong to commit suicide.

Allan K made the remark during a recent episode of the game show, which “Eat Bulaga!” posted on YouTube yesterday, July 29.

During the program, Anton, one of the guests, revealed that he tried to take his own life when he was around 19 years old. He explained that he attempted to kill himself after he was kicked out of his grandmother’s home by one of his uncles.

While the guest recalled his experience and how he was rushed to a hospital after, Allan K asked: “Anton, anong nagtulak sa’yo para magpakamatay? Alam mo bang masama ‘yung magpakamatay?”

(Anton, what pushed you to attempt suicide? Do you know it’s wrong to kill yourself?)

Anton said that it was the hardships he faced that prompted him to attempt suicide. When Allan K asked how Anton changed his perspective on life, Anton explained that he continued to work and hold on to God.

Following the episode, viewers aired their different opinions on Allan K’s remark on Twitter. One netizen (@toughlove48) stated that the comedian had guilt-tripped the guest by stating suicide is wrong.

“He shouldn’t tell the guy what he did is wrong because clearly, that guy knows better!” the person added. “Feeling guilt for taking his own life will only make it worse for the contestant [because] now he might think twice!”

How dare Allan K guilt-trip a survivor by saying suicide is bad. He shouldn't tell the guy what he did is wrong because clearly, that guy knows better! Feeling guilt for taking his own life will only make it worse for the contestant coz now he might think twice! #BawalJudgmental

A fan of Allan K also expressed her dismay over the comedian’s statement.

“As someone who survived an attempt you should never tell them na masama yan (that it is wrong),” @_yangindaeyo said. “If that’s what you think then please just keep it in your mind nalang. Suicide is such a serious topic.”

I'm a big fan of #BawalJudgmental but I felt offended sa sinabi ni Sir Allan K. As someone who survived an attempt you should never tell them na masama yan. If that's what you think then please just keep it in your mind nalang. Suicide is such a serious topic.

Meanwhile, others pointed out that the comedian recently lost two siblings and that two of his comedy bars had shut down.

One viewer (@chester_just) said that others cannot blame Allan K for becoming emotional upon hearing the guest’s story. He added that Allan K is “still grieving [and] needs your sympathy.”

Sa loob ng 3 buwan, namatayan si Allan K ng dalawang kapatid at nawalan ng dalawang comedy bars. He reported back to EB for work. We can't blame him to become emotional because of a contestant's story about suicide. He is still grieving & needs your sympathy.#BawalJudgmental pic.twitter.com/MApVvaaczF

Another netizen (@superrfandom) admitted that he/she was taken aback by Allan K’s question. However, he/she believes that others responded too harshly to the comedian.

I was also taken back sa question ni Allan K pero ang harsh na agd sinabi ng mga tao. I think the wording and delivery was wrong pero baka ang mean niya ay if you're going through pain, suicide is not the right way. Let's educate him to say it properly nalang. #BawalJudgmental

“I think the wording and delivery [were] wrong pero baka ang mean niya ay if you’re going through pain, suicide is not the right way,” the viewer said. “Let’s educate him to say it properly nalang.”

(I think the wording and delivery [were] wrong, but maybe what he meant is that if you’re going through pain, suicide is not the right way. Let’s just educate him to say it properly.)  /ra