Quark Henares questions use of filmmakers for SONA | Inquirer Entertainment

Quark Henares questions use of filmmakers for SONA 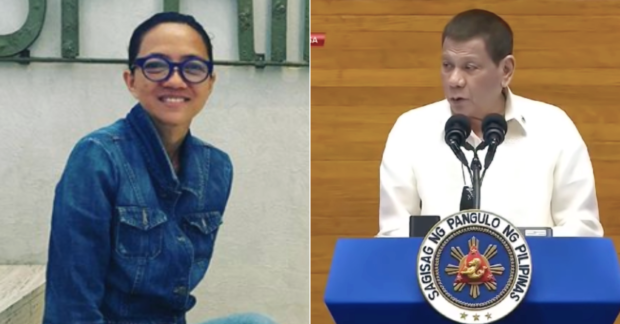 Director and producer Quark Henares questioned the involvement of filmmakers in the State of the Nation Address (SONA) after President Rodrigo Duterte’s speech yesterday, July 27.

“WHY. WHY DO THEY EVEN GET FILMMAKERS TO SHOOT THE F*CKING SONA,” the Globe Studios head tweeted last night.

Other directors weighed in, such as Neil Daza who replied, “And why do these f*cking filmmakers shoot it?”

Dan Villegas said, “Honestly, mas gets ko if you did it tapos (I would get it more if you did it and) you REALLY need the money.”

During her first SONA, actor Robin Padilla praised her for filming the speech for free.

This year’s SONA had a limited number of attendees, with other lawmakers attending through a video conference call. The video of the address cut from the President to attendees, including those watching virtually.

Filipino workers and frontliners were showcased in the nation’s prayer, while the national anthem featured young girls singing from various regions in the country.

At times it flashed to videos and pictures of Duterte signing papers and attending groundbreaking ceremonies of the projects he highlighted, with Sen. Bong Go featured prominently in some of the visuals.

There were points when Duterte struggled to read portions of the speech, which the President attributed to the “light I have; my eyesight is not as good as new.”

Bernal, known for hit films such as “Kimmy Dora” and “Bakit Hindi Ka Crush ng Crush Mo?”, said last week that some parts of the SONA were pre-recorded except for the speech.

She also said prior to the speech that the feel would be “Pinoy na Pinoy (very Filipino).”

Earlier in July, Bernal was denied entry into Sagada in Mountain Province to film for the SONA. The local government explained that it wanted to avoid the spread of the coronavirus.  /ra