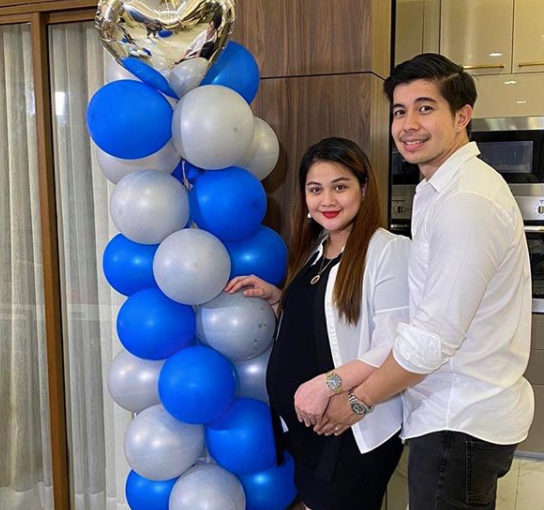 In anticipation of the birth of their first child, celebrity couple Dianne Medina and Rodjun Cruz announced their son’s name during the family’s virtual baby shower party at home.

Cruz and Medina went all out with the blue-themed decorations for their son Rodolfo Joaquin Diego Medina Ilustre III, as seen in Medina’s Instagram page yesterday, July 27.

The actors were joined by their loved ones through an online party in the video-conferencing app, Zoom.

They also had a ton of baby items, which appear to be baby shower gifts for the soon-to-be parents, and a cute blue cake that stated “Oh Baby!” and “It’s a boy.”

“Thank you talaga (so much) Family!” Rodjun said on his Instagram page, showing a screenshot of the virtual party.

The couple announced that they are expecting a baby boy during their virtual gender reveal party last month. The actors got married at the Manila Cathedral last December, two years after getting engaged in Boracay. JB