LOOK: Bruno Mars marks 10 years of 'Just The Way You Are' | Inquirer Entertainment

LOOK: Bruno Mars marks 10 years of ‘Just The Way You Are’ 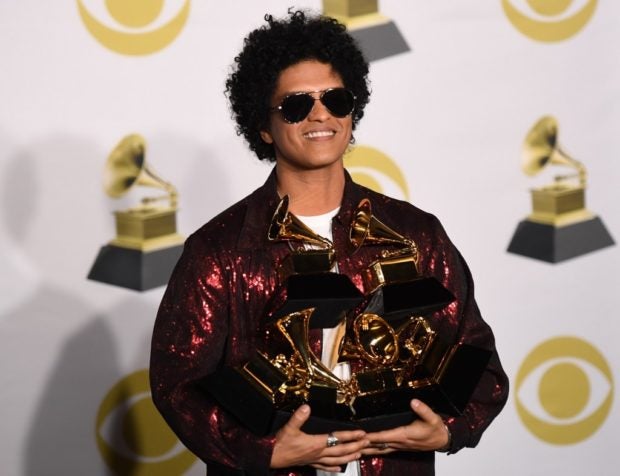 Bruno Mars posing in the press room with his Grammy trophies during the 60th Annual Grammy Awards. Image: AFP/Don Emmert via AFP Relaxnews

Multi-awarded singer-songwriter Bruno Mars is celebrating the tenth year since the release of his hit song “Just The Way You Are”, his first single ever.

The artist took to Facebook earlier today, July 21, to greet the song a happy birthday as he gave fans a dose of nostalgia by sharing a screenshot of his release announcement a decade ago.

“I’ll never get tired of singing this song. I dedicate it to all of you today. Happy B-Day Just The Way You Are. #10YearsYoung,” Mars said.

I’ll never get tired of singing this song. I dedicate it to all of you today. ❤️ Happy B-Day Just The Way You Are. #10YearsYoung

The said screenshot is of his tweet posted on July 20, 2010, which read, “My Official First single out NOW on [ITunes]! Just The Way You Are.. I hope yall like it.. And to all my fans you guys are AMAZING! I LOVE U.”

Other than being his debut single, “Just The Way You Are” is also the lead song for his first album ever, “Doo-Wops & Hooligans”.

Through the song, Mars was able to take home his first-ever Grammy Award in 2010 for Best Male Pop Performance. He has since won 10 more Grammy Awards and been nominated 27 times in several categories throughout the years.

“Just The Way You Are” was certified diamond last year by the Recording Industry Association of America after moving at least 10 million units between sales and streams, as per Forbes on Jan. 24, 2019. JB

Ebe Dancel looks back at ‘most humiliating’ performance ever