Ebe Dancel looks back at 'most humiliating' performance ever | Inquirer Entertainment

Ebe Dancel looks back at ‘most humiliating’ performance ever 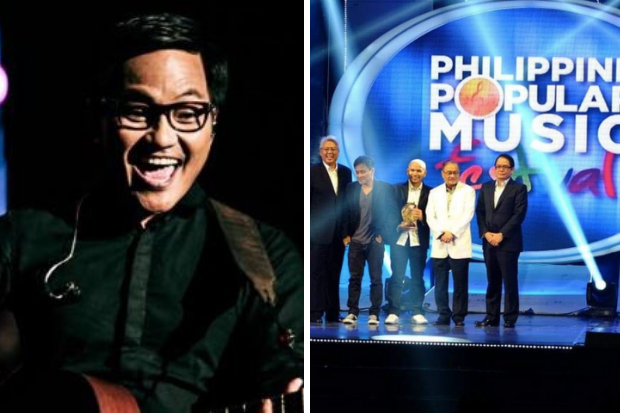 Ebe Dancel in 2018 (left) and in 2012 (right) with other musicians onstage during the first PhilPop Music Festival (Image: InqPOP/Jester Burgos, Instagram/@ebedancel)

Veteran singer-songwriter Ebe Dancel shared with fans the story of one performance he had eight years ago, which for him was “the single most humiliating day of my life.”

Dancel looked back at the first-ever Philippine Popular (PhilPop) Music Festival held on July 14, 2012, where he was asked to sing “Tayo Tayo Lang,” a song by his friend and fellow musician Ronald Sorioso.

“I woke up that day and realized immediately that something was wrong. To my horror, [I] could not talk at all. I got laryngitis IN MY SLEEP,” Dancel shared on Instagram on July 14.

“I went to the venue praying for a miracle. Fellow musicians took turns checking up on me. As expected, the performance was horrible and [I] sobbed backstage afterwards,” he lamented.

Dancel stressed that he felt like he “let the whole world down” with his performance, but the song’s strength still made Sorioso as the songwriting competition’s first runner-up.

“I was happy for him, but it was the single most humiliating day of my life. I promised to do better and take care of my voice,” Dancel noted.

“I could have given up after that night. I wanted to, but God had different plans for me. So here I am, gratefully singing for you all still. Keep rolling with the punches, guys. We hope for brighter days, but we must work for them,” he added.

Sorioso, meanwhile, thanked Dancel for deciding to still perform his song despite the singer’s unfortunate condition that day.

“We live. We learn. Grateful that you decided to push through despite the circumstance,” Sorioso commented on Dancel’s post. “I Will always cherish the friendship that was forged in this shared experience. [M]uch love and respect to you, kapatid @ebedancel.”  /ra