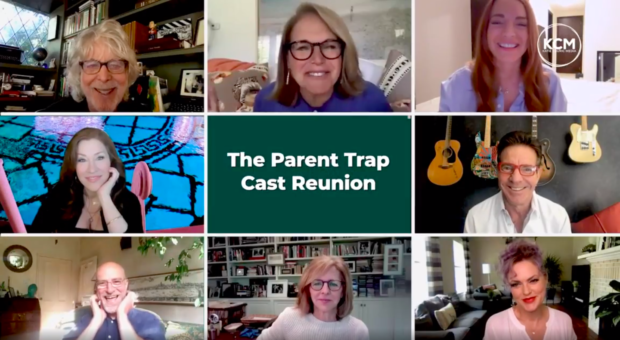 Lindsay Lohan reunited with her “The Parent Trap” co-stars such as Dennis Quaid and Lisa Ann Walter to help raise funds for a COVID-19 relief initiative.

Journalist Katie Couric hosted the video call after convincing the film’s director, Nancy Meyers, to help round up the crew during a previous conversation. Couric posted the short reunion on her Instagram page yesterday, July 20.

View this post on Instagram
FEATURED STORIES
ENTERTAINMENT
No, Amber Heard isn’t the most beautiful woman in the world
ENTERTAINMENT
Kris Aquino opens up on dealing with illness as sons test COVID-19 positive
ENTERTAINMENT
Princess Punzalan recounts abortion at 15: ‘The guy wouldn’t stand up for the baby’

After chatting with @nmeyers during an IG Live – we decided that we should try and see if we could pull off getting the Parent Trap gang back together again for the first time since 1998 — and guess what, we actually did [email protected], @dennisquaid, @lisaannwalter, #SimonKunz, and @elaine4animals join writer-director @nmeyers and writer-producer #CharlesShyer to share their memories from filming, reenact their favorite scenes and discuss the film’s lasting impact. PS: With COVID-19 continuing to ravage the globe, we all decided to use this reunion as an opportunity to raise awareness and funds for @wckitchen – @chefjoseandres organization that is helping feed those in need all across the world. You can donate $10 by 📲 texting PARENT to 80100 or by going to wck.org/parenttrap (link 🔗 in my bio!)❤️ #parenttrapreunion #weactuallydidit

Couric also noted that it was apparently the first time the cast had been together again since the movie’s premiere back in 1998. Along with Lohan, Quaid and Walter, actors Elaine Hendrix, Simon Kunz and writer-producer Charles Shyer also joined the call.

During the talk, Shyer and Meyers recalled that they immediately decided on casting Lohan after she underwent a screen test with Quaid. He played the father of the film’s main characters, Hallie and Annie, who were both portrayed by Lohan.

“Putting aside how adorable she looked, she had that quality that leapt up at you and pulled you in,” Meyers said of Lohan. “To be a movie star — or to be the lead of a movie — you need to have that connection with the camera that is very present.”

Along with reminiscing some of their favorite scenes, Quaid and Lohan also reenacted a popular scene where their characters shared a sweet father-daughter moment during a car ride.

The group then took the time to remember the late actress Natasha Richardson, who played the mother of Lohan’s characters. Richardson passed away in 2009 after a skiing accident in Canada.

“Natasha had such an elegance and grace and was so maternal to me,” Lohan said of her co-star.

Lohan then looked back on the film and how it helped launch her career as an actress.

“Without this movie, I wouldn’t have gotten that acting bug,” Lohan said. “How do you not want to only act for the rest of your life after doing a film like this with such great actors? And ‘The Parent Trap’, I mean, it’s beautiful. It’s timeless and it’s special.”

The whole reunion benefitted the World Central Kitchen, which helps provide meals to communities in need, especially amid the ongoing COVID-19 pandemic. JB