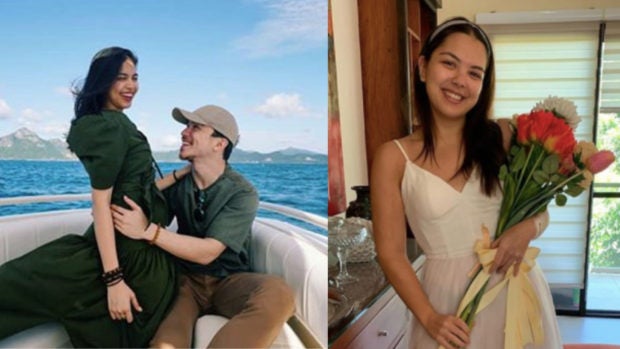 Actress Ria Atayde questioned a claim saying she allegedly admitted that her brother Arjo Atayde was “friendzoned” by Maine Mendoza.

A fan of Mendoza’s love team with actor Alden Richards, commonly known as AlDub, alleged that Ria spoke up about her older brother’s relationship with Mendoza. The netizen (@LEsteban0) also took a jab at the supporters of Arjo and Mendoza’s love team, ArMaine, via Twitter yesterday, June 8.

(How about that ArMaine? Ria Atayde admitted that her brother was friendzoned by Maine. It is over, business is closed.)

Arjo and Maine have been keeping a low profile as a couple, as the latter previously admitted that some of her fans do not support her personal love life. The couple marked their first anniversary last December.

Mendoza rose to stardom as Yaya Dub in the noontime variety show “Eat Bulaga!” where she was first paired with Richards. She and Richards have both been vocal that they are just friends.

The actress had also defended Arjo and Ria from accusations that they are just “using” Mendoza to get projects. Mendoza requested her followers on social media to respect the Atayde family, stressing that these stars get their own projects because of their talent and not out of “any other reasons.”

Read Next
Boys’ Love series ‘Gaya sa Pelikula’ reveals lead actors
EDITORS' PICK
Smart 5G goes live
PNP: Checkpoints back in MECQ areas
BREAKING: 3,226 latest COVID-19 cases bring PH’s total to 106,330
Been there, done that but what’s the difference between MECQ and GCQ?
Water remains our saving grace right now
A gem of a residence in the new normal
MOST READ
MECQ guidelines in infographics
MECQ in NCR, other areas: Mass transportation suspended, quarantine pass required anew
Duterte heeds frontliners’ plea, reimposes MECQ in Metro Manila, other areas Aug. 4 -18
Doctors group to Duterte: ‘There was never a call for a revolt’
Don't miss out on the latest news and information.