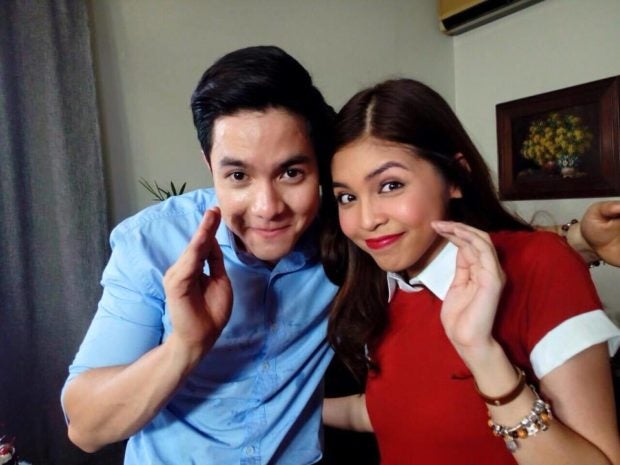 Alden Richards and Maine Mendoza in a picture from 2015 — Mendoza’s first year in showbiz. Image: Facebook/@AldenRichards

As Maine Mendoza marked five years since she entered the showbiz industry, she received a greeting from someone who has been with her since the start: actor Alden Richards.

Mendoza celebrated her showbiz anniversary last Saturday, July 4, on Facebook Live, as seen on the page of her handler, talent management firm All Access to Artists.

Richards’ recorded message to her was among the video greetings from colleagues and fans featured in the live show.

(Maine, you were surprised, weren’t you? You thought this would be someone else. No, just kidding. Happy, happy 5th anniversary in showbiz.)

(I really treasure everything that we have been through together, throughout these years.)

He also acknowledged the hard work and adjustments she made as she entered the entertainment industry.

(Five years in showbiz, I know that has been hard for you because first of all, you are not a showbiz person.)

After Mendoza went viral on the app Dubsmash with her lip-sync impressions, she joined “Eat Bulaga” and made her first appearance on the show on July 4, 2015.

She played the persona “Yaya Dub” and was paired with Richards on the show. Together, they became known as AlDub. As part of a sketch, they communicated only through the show’s split-screen frame by dubbing audio samples of songs, movies and shows.

Besides her TV appearances, Mendoza has also starred in movies, such as “Imagine You and Me” in 2016 with Richards, and “Isa Pa with Feelings” last year opposite Carlo Aquino. JB