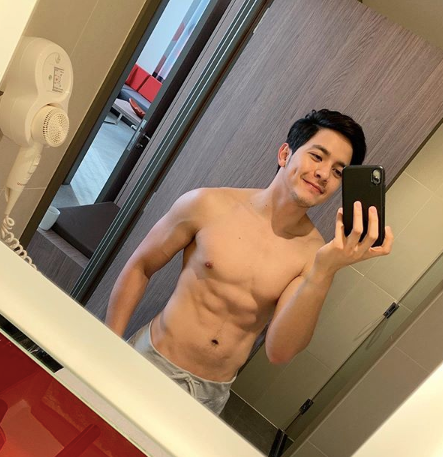 As a way to greet his fans this morning, actor Alden Richards flaunted his toned physique on social media. Richards’s fitness goals body was praised and cheered on by his fellow celebrities such as Lovi Poe and Janine Gutierrez.

The Pambansang Bae showed-off his abs while standing in front of a mirror for a selfie. Richards sported gray sweatpants while he gave a dimpled smile, as seen on his Instagram post today, Jan. 5.

“Morning mood be like… swipe left,” Richards said, referring to the next photo of him pouting, with one hand on his waist.

Richards appears to be starting his 2020 by being more confident about his body. On New Year’s day, he also showed a portion of his upper body while taking off his white shirt. Richards looked down, smiling while standing before a view of the city lights, as seen on his post on Jan. 1.

“Happy New Year everyone,” he stated.

Richards declared that his year, he intends to devote more time to his personal life by finding someone to love. The actor also mentioned that while he is still open to doing roles that fit his wholesome image, he would like to keep his doors open even for roles that might be deemed more mature.

Meanwhile, Richards’s TV drama series “The Gift” is down to its last few episodes this week. JB

Alden Richards fanboys over Lisa from Blackpink in mobile game