Gonzaga could not help but pose for a photo with Dern when she saw her leaving their hotel. The Filipino celebrity uploaded their picture on her Instagram Stories on the same day. 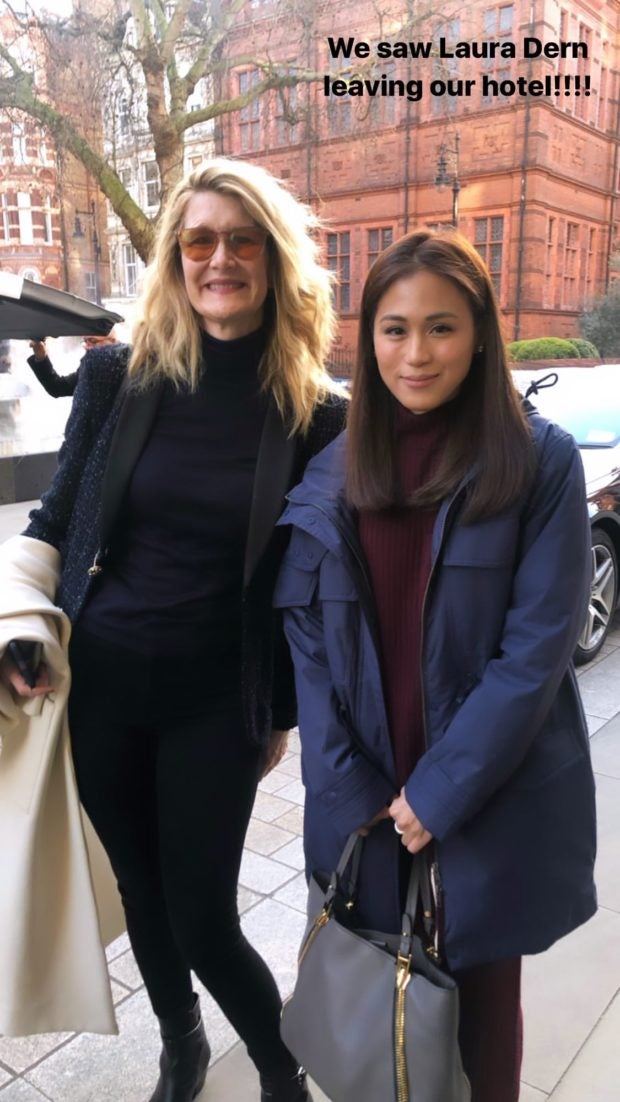 Gonzaga wore a maroon ensemble under a dark-blue trench coat, while the “Marriage Story” star was clad in a dark-blue blazer on top of a dark-toned turtle neck.

After her chance encounter with the Hollywood actress, Gonzaga made her way to St. Paul’s Cathedral. She pointed out that the late Princess Diana was married to Prince Charles in the large church. way back in July 1981. 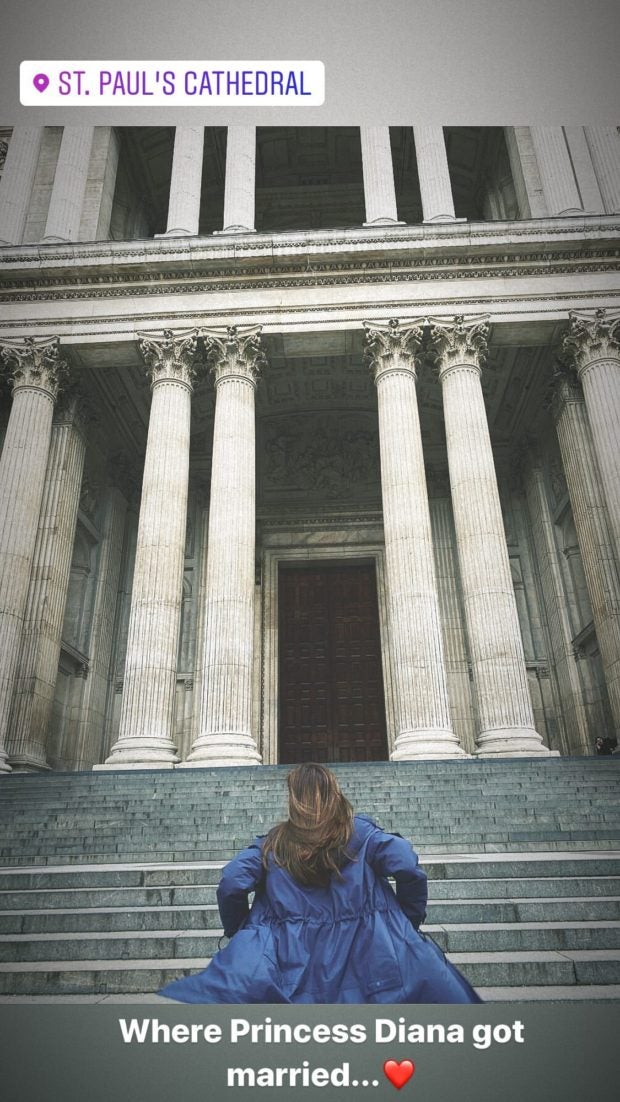 Gonzaga later posed by the popular Tower Bridge, which is usually mistaken for London Bridge, along the River Thames. 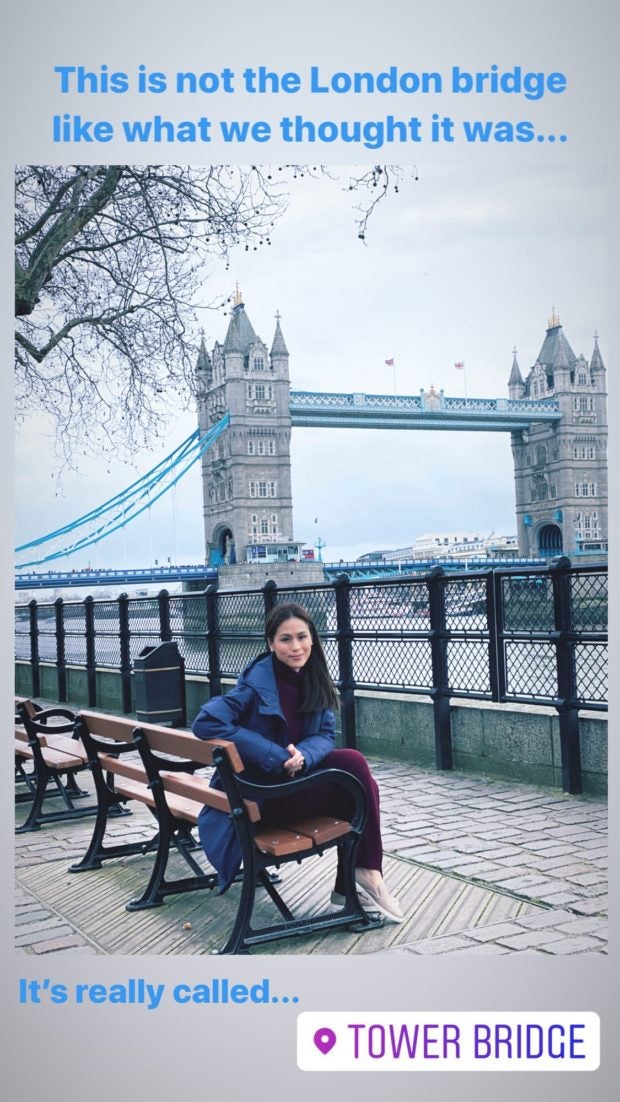 The actress also visited the famous Kensington Palace, where Prince William and Kate Middleton live with their children. Gonzaga did not pass on the opportunity to take a photo by the royal residence as she posed with a friend in front of its gates.

“Prince William and Kate [Middleton] dito na us, where na you (we are already here, where are you)!!!” the actress joked. 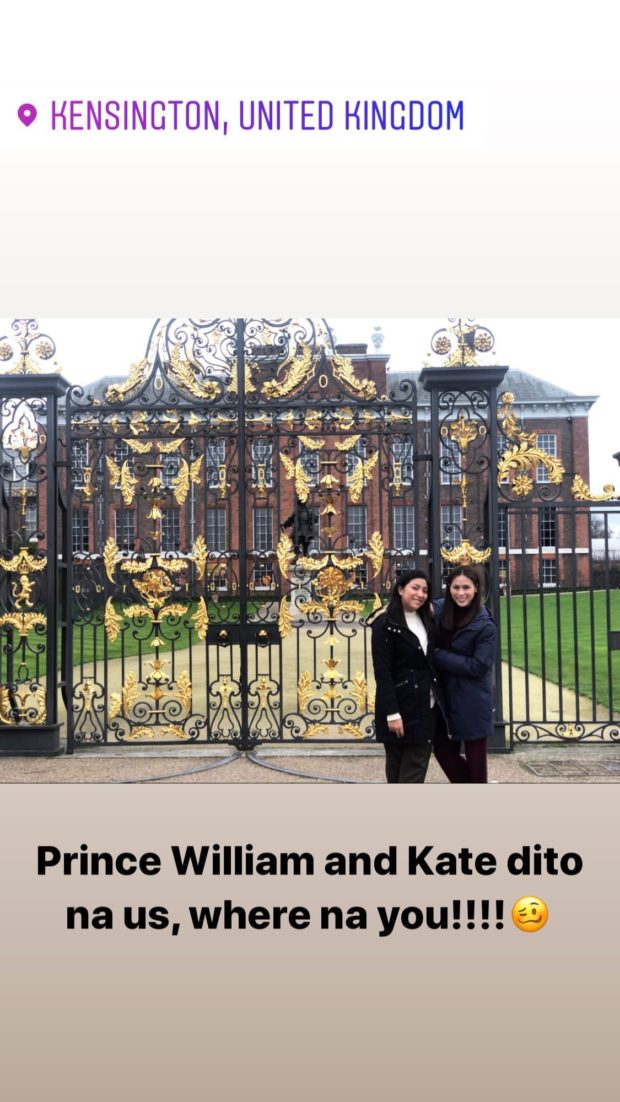 Prior to her trip to the European city, Gonzaga previously accompanied her younger sister Alex to Singapore, where they found a bridal gown for the latter’s upcoming wedding.  /ra