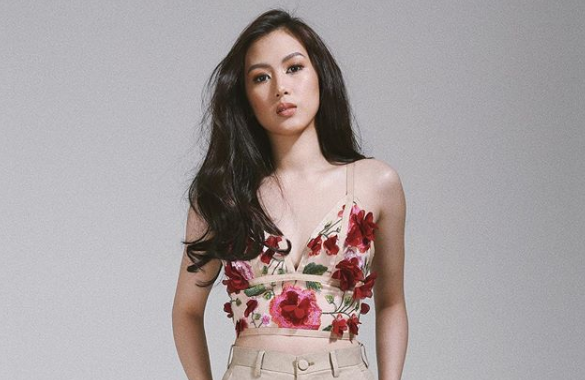 Alex Gonzaga has revealed that hackers are attempting to gain control of her YouTube account, where she has gained a large following, thanks to her vlog posts.

The vlogger first spoke about the issue on her YouTube channel’s community section last Tuesday, Oct. 8.

“Can you see my profile picture? Someone [is] trying to hack my account. Check check,” Gonzaga said in the now-deleted post.

At the time, her YouTube channel’s display photo appeared to be taken down by the hackers. She then took to Instagram yesterday, Oct. 9, stating that she has successfully restored her channel’s profile picture.

“We’re still trying to manage my youtube account because the hacker is now trying to get into my ads,” Gonzaga said.

The vlogger also expressed her gratitude for those who took the time to check up on her regarding the cyber attack.

Gonzaga revealed that the hackers are based in the United States, after a fan page (@alexgonzagasquad) dedicated to her said the attackers must be jealous of her.

An Instagram user, one @cnbongulan, stated that her old account was also hacked a month ago by foreigners. Another netizen, with the handle @markozpaez, replied to the comment and said hackers who reside in the Philippines sometimes pose as foreigners by using a virtual private network (VPN).

The fan account echoed @markozpaez’s explanation and said, “exactly what I’m telling @cathygonzaga [that] hackers are in the Philippines only.”

“Hosting and [domain name system] are no longer accurate anyone can use [VPN] and make it look like it’s outside the country but it’s not,” the fan page added. 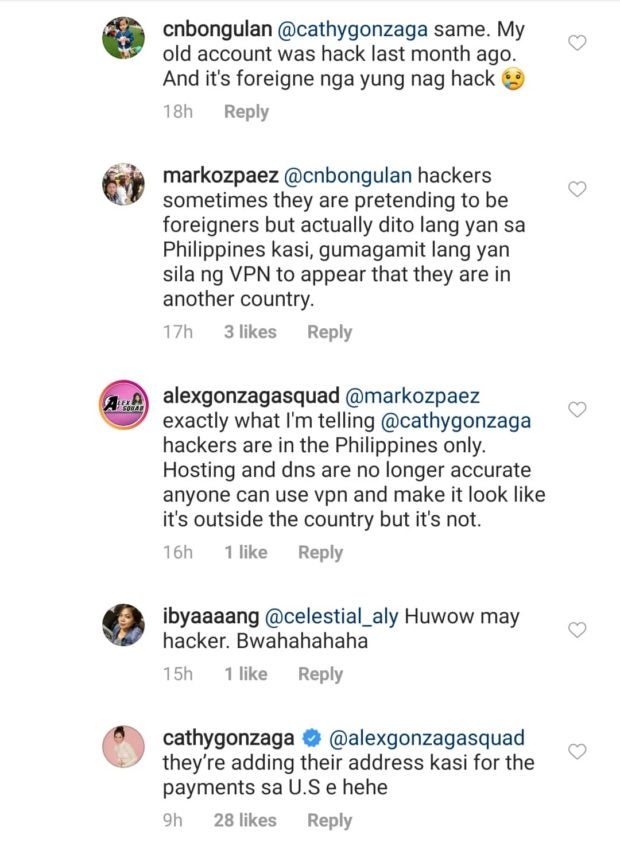 Gonzaga then chimed in and explained, “they’re adding their address kasi for the payments sa U.S.”

Aside from Gonzaga, Kris Bernal’s YouTube page, was also the target of a group of foreign hackers last September. JB