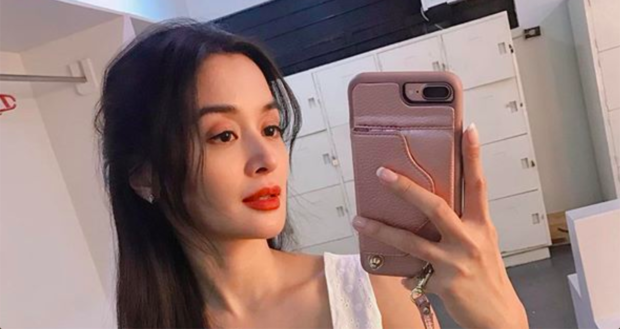 The actress’ accounts were compromised by a “suspicious” group from Konya, Turkey, she said in a vlog post on her YouTube channel on the same day.

Bernal was in tears as she recounted how she tried to regain control of her accounts, moments after she found out they were hacked. She said she attempted to do everything she could to retrieve access to her Instagram, Twitter and Facebook pages, but her efforts were unsuccessful.

She also stated that the group tried to hack her YouTube account as well, but she was able to take “urgent action” to prevent the group from taking control of it.

Bernal revealed that the hackers have called and messaged her on the application WhatsApp. The group told the actress that she needs to pay them $750 (about P40,000) to regain her account, as seen in a screenshot of messages from the group. This prompted Bernal to advise her fans to block and report numbers that may call them to ask for money.

Following her failed attempts to regain control of her accounts, Bernal asked her fans and followers for help on how to retrieve her accounts.

Some of her fans advised her to report the problem to the National Bureau of Investigation. A certain Crystal Shimei even told her that one Edison Go Tan, Shimei’s friend, had endorsed her dilemma to the Philippine National Police Anti-Cybercrime Group, and is willing to accompany her to the department.

Bernal’s Instagram account is still under the hackers’ control, as of this writing. Her page’s name was changed to İbrahim Online (Kris Bernal), her bionote to “Hiçbir fark yok” (Turkish translation of the “There is no difference.”) and her display photo to a portrait of Al Pacino from the 1983 film “Scarface”. The hacked bionote alludes to a line in the film, “You can die too. It makes no difference to me.” 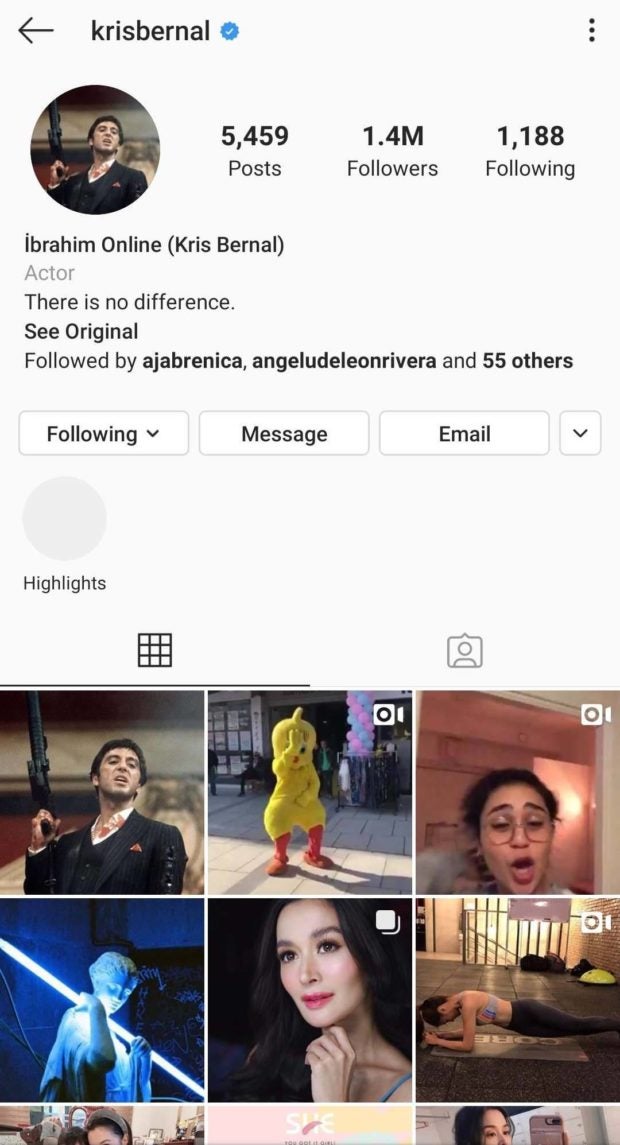 Kris Bernal has ‘no problems’ playing a ‘psychopath-turned-ghost’

Kris Bernal says no to EJKs in war on drugs