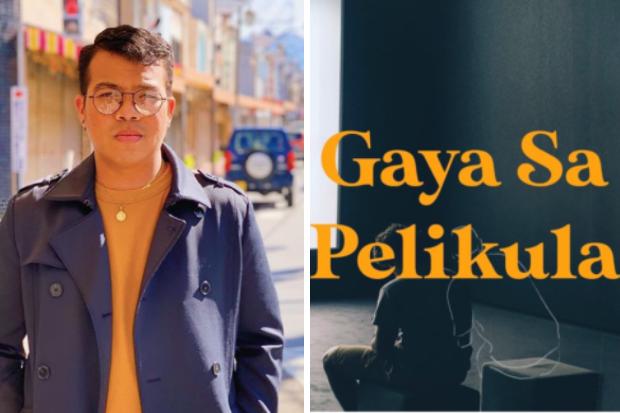 Actor-poet Juan Miguel Severo’s upcoming Boys’ Love (BL) series “Gaya sa Pelikula” (Like in the Movies) has tapped “I’m Drunk, I Love You” director JP Habac to be at the helm of the series.

The official social media page of “Gaya sa Pelikula” announced that Habac will be the director via Twitter last Saturday, June 27. Globe Studios will meanwhile produce the show.

The romantic-comedy series, written and created by Severo, will revolve around the romance between 18-year-old Karl and college upperclassman Vlad.

WE HAVE A DIRECTOR!#GayaSaPelikula welcomes I’m Drunk I Love You director, @jphabac
.@gayasapelikula is a rom-com series written and created by @TheRainBro and from the producers of LSS and the first Filipino Netflix Original, DEAD KIDS — @globestudiosph.

Severo, who pitched the story to Globe Studios, said that creating “Gaya sa Pelikula” is not only meant to represent the  LGBTQ+ community — it is also his way of apologizing to his younger self and “to every queer kid who I thought deserved less because of their queerness.”

“For me, for everyone who — because of shame — lost opportunities to love and be loved, this is a love story I wish the world were kind enough to afford us when we were younger. And to those younger than us, believe: this is a love story you deserve now,” he said via Facebook on April 17.

The BL genre has been gaining popularity in the country, in part due to the success of Thai BL show “2gether: The Series” among Filipino viewers.

“2gether” and its sequel “Still2gether” are set to air in the Philippines through ABS-CBN, which has a partnership with GMMTV, the producer of the said Thai series. NVG