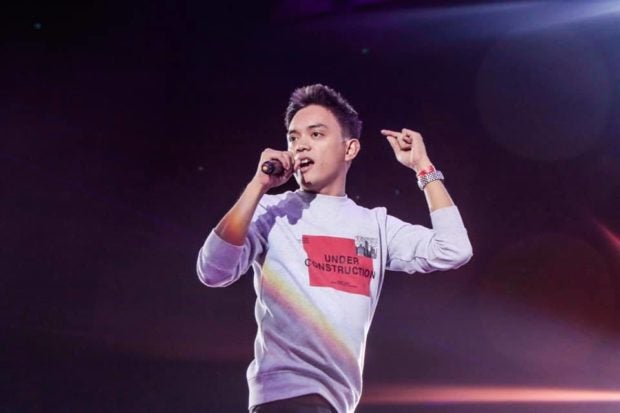 Actor and spoken word poet Juan Miguel Severo has a “Boys’ Love” (BL) series in the works, and has stated that it will “soon be a reality” following a successful pitch to a studio.

The series, titled “Gaya sa Pelikula” (Like in the Movies), chronicles a romance between 18-year-old Karl and college upperclassman Vlad.

The BL genre or Yaoi is a genre of fictional media that features male characters in relationships. Although same-sex romance has yet to gain more ground in Filipino mainstream media, international BLs, such as those from Thailand, have a growing fanbase in the country.

With the wave of popularity of BLs in Asia, Severo announced on April 13 that he was going to develop a pitch for a series about two male characters in a university setting.

By April 17, he delivered a pitch that included his personal story in seeking more LGBTQ+ narratives. At the end of it, he got a producer.

At the height of the success of 2gether The Series and other Asian Boys Love content, I pitched my pilot of my own BL series to a studio in hopes of getting it green lit so that we, too, can have more gay stories told by gay people. This was me fumbling and stumbling while practicing my pitch. And guys, we got it. Gaya sa Pelikula (Like in the Movies) will soon be a reality. 🏳️‍🌈

“At the height of the success of [Thai TV show] ‘2gether: The Series’ and other Asian Boys Love content, I pitched my pilot of my own BL series to a studio in hopes of getting it [greenlit] so that we, too, can have more gay stories told by gay people,” he wrote on Facebook, along with a video of his pitch.

He explained in the pitch how it took time for him to be confident as a gay man and why media representation is important.

“I came out in college. But it took me a while to be comfortable with my sexuality. Even when I’ve accepted that I was gay, I believed I deserved less. I was conditioned to believe so, so much that I missed a lot of opportunities to flirt. To fully embrace joy where I found it. To express love,” he said.

He said writing the series was not only for the LGBTQ+ community but also for himself. “This is my apology to my younger self, and to every queer kid who I thought deserved less because of their queerness.

Another way that Severo seeks to advocate for LGBTQ+ representation is including members of the LGBTQ+ community in the main artistic team and cast.

Putek umpisa pa lang emosyonal na kaming lahat! 😭 At ang sarap sa puso when they cheered as I reached this part of the pitch: pic.twitter.com/BDOs9oVjic

For those who want a preview of things to come, Severo shared yesterday, April 20, the series’ opening scene on Wattpad.  /ra