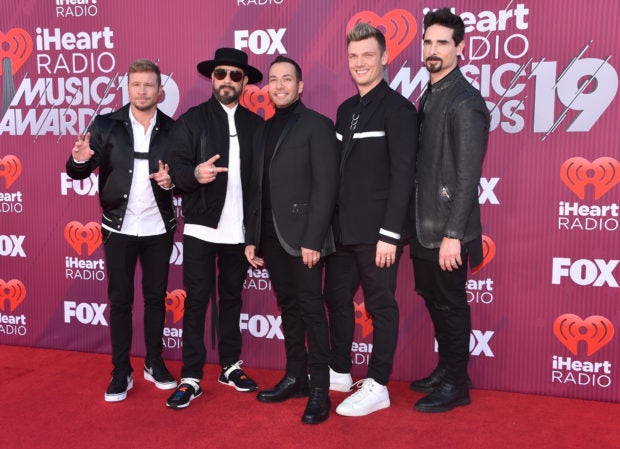 The Backstreet Boys were treated to a surprise dance number by health workers on the boy band’s 27th anniversary yesterday, April 20.

The staff at the Children’s National Hospital in Washington DC, USA, re-created the popular steps of the group’s 1997 hit song “Everybody (Backstreet’s Back).” The band posted the surprise on its Instagram page earlier today, April 21.

Band members Nick Carter, Brian Littrell and AJ McLean saw the performance when they were on a video call with the hospital to meet with their patients.

We weren’t expecting their inspiring staff to surprise us with this incredible dance to Everybody!! Beyond impressed by these multitalented, hardworking heroes!! All our love 🖤 Huge thanks to our brother @ryanseacrest and @ryanfoundation #BSB27 #HealthcareHeroes

The staff first explained that they came up with the surprise when the Ryan Seacrest Foundation said that the band would be making a “virtual visit” to the center. The screen then showed employees from the hospital’s different units following the popular choreography of their 1997 song. The workers also observed precautions against the spread of the coronavirus as they wore face masks during their performance.

When the dance number ended, the clip cut to a window in the hospital with the phrase “We’re all in this together” painted on it.

“Grateful we could talk with patients @childrensnational [heart emoji],” the boy band said.

“We weren’t expecting their inspiring staff to surprise us with this incredible dance to [Everybody (Backstreet’s Back)]!!” they added. “Beyond impressed by these multitalented, hardworking heroes!”  /ra

Read Next
Juan Miguel Severo writing a ‘Boys’ Love’ series for LGBTQ+ community: ‘This is a love story you deserve’
EDITORS' PICK
Acer starts the year off strong with the Aspire Vero National Geographic Edition
Gear up and get ready to play with Yamaha Mio Gear
Over 3 Million worth of prizes to be won at Smart Padala’s SENDali Manalo Promo!
Metro Manila posts lowest temperature yet this ‘amihan’ season at 19°C
DOH: 28,471 new COVID-19 cases in PH; active cases now 284,458
On Day 2 of implementation, gov’t says workers now exempt from ‘no vax, no ride’ policy
MOST READ
Cold-case investigation names surprise suspect in Anne Frank’s betrayal
Emma Stone calls Andrew Garfield a ‘jerk’ after he ‘lied’ about his ‘Spider-Man: No Way Home’ appearance
Derek Ramsay on being married to Ellen Adarna: ‘Gumaan ‘yung mundo ko’
Czech anti-vax singer dies after deliberate infection
Follow @RArcadioINQ on Twitter
Don't miss out on the latest news and information.