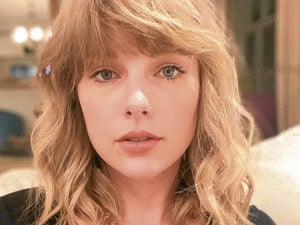 In observance of the recent Juneteenth, an annual holiday commemorating the emancipation of African-American slaves in the United States, pop star Taylor Swift vowed to further educate herself on the history of racial injustice and use her voice to stand up for others.

“Personally, I have made the decision to continue to educate myself on the history that brought us to this present moment,” Taylor said in a recent Twitter thread, where she also announced that, from here on, June 19 will be an off day for all her employees in honor of the event, which is also called Freedom Day.

The death of George Floyd at the hands of police compelled the singer-songwriter and her family to reflect and figure out how to be better allies to those who experience racial discrimination.

“For my family, everything that has transpired gave us an opportunity to reflect, listen, and reprogram any part of our lives that hasn’t been loudly and ferociously antiracist, and to never let privilege lie dormant when it could be used to stand up for what’s right,” she stressed.

Earlier, Taylor expressed disgust over the fact that her native Tennessee still has Confederate monuments that celebrate “racist historical figures who did evil things,” like those of the “white supremacist news editor” Edward Carmack (already taken down by protesters) and of the “brutal slave trader” Nathan Bedford Forrest.

“Taking down statues isn’t going to fix centuries of systemic oppression, violence and hatred that black people have had to endure,” Taylor wrote. “But it might bring us one small step closer to making all Tennesseans and visitors to our state feel safe—not just the white ones.”

“We need to retroactively change the status of people who perpetuated hideous patterns of racism from ‘heroes’ to ‘villains,’” she added.

The 30-year-old recording artist, who has been more vocal about her politics and beliefs as of late, also called on to local authorities to stop “fighting” for such statues.

“When you fight to honor racists you show black Tennesseans and all of their allies where you stand,” Taylor said. “And you continue this cycle of hurt. You can’t change history, but you can change this.”